Join No.9 Coal Mine and Museum this Sunday for a celebration of coal region heritage and culture.  Read below for more details.

The 3rd Annual Coal Miner’s Heritage Festival is set for this Sunday July 10, from 10 AM to 5 PM, on the grounds of the No. 9 Coal Mine and Museum in Lansford, Carbon County.  ‘This unique annual event is a celebration of coal region history, culture, crafts, ethnicity, art, food, music, and the environment’ according to Dale Freudenberger,  coordinator of the event.  The event has drawn about 5,000 visitors each year and is presented by the No. 9 Coal Mine and Museum.    Admission to the festival is free.

Underground tours of the No. 9 Coal Mine will be available throughout the day.   No. 9 is the world’s oldest deep mine having been opened in 1855 by the Lehigh Coal & Navigation Company and closed in 1972.  The guided underground mine tours last approximately 45 minutes and are available throughout the day  Visitors will ride into the mine in the safety of mine cars that are pulled by an original mine motor or engine.  The nearby No. 9 Coal Mining Museum, housed in the original 1920’s era miner’s wash shanty, houses one of the largest and finest collections of anthracite coal mining artifacts, tools, photographs and memorabilia anywhere in the coal fields.  Admission is charged for the coal mine and museum tour. 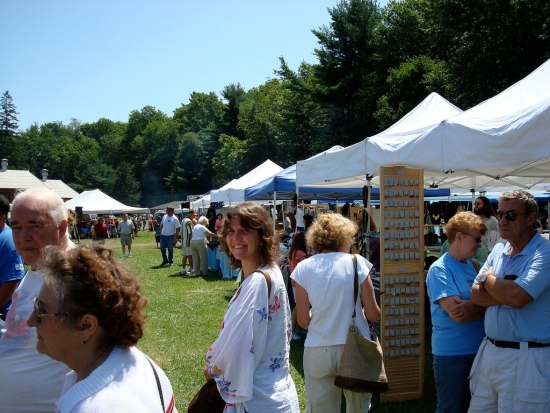 The first 200 visitors to purchase tickets for any of the first five scheduled mine tours that morning will receive half price admission sponsored by the Delaware & Lehigh National Heritage Corridor.  The D&L Corridor is a proud supporter of No. 9 Coal Mine and Museum as an important historic resource in the region.  The D&L will also have a display booth and literature available at the festival.

Many unique attractions and exhibits are being planned as part of this year’s Coal Miners Heritage Festival.  In keeping with the theme, the coal miner’s competition and demonstrations will be educational as well as fun.  The public is invited to participate in the coal shoveling competition where competitors shovel a half ton of coal in the shortest time.  In past years, this had been a very competitive event drawing numerous competitors.  Unique trophies will be awarded to the winners. Other miner’s demonstrations include mine timbering, debarking, coal cracking, and blacksmithing.

Visitors always enjoy posing for photos by historic mine lokie No. 51, once owned and operated by Lehigh Coal and Navigation Company in the Panther Creek Valley.   The lokie has been cosmetically restored by volunteers at No. 9 and is proudly displayed on the grounds outside the museum.

Local artist Renee Novak will feature a lifesize paint on canvas titled ‘Anthrasight’ which will be displayed on the side of the loading platform near the mine entrance.  Joseph Evanousky will display his original works and prints done in charcoal, pen and ink, Tom Williams and Joe Mataconis will display and sell their beautiful works in photography.

A large variety of interesting and fun exhibits will highlight coal region heritage and culture.  Included will be private exhibits of coal region ethnic and cultural memorabilia, local history memorabilia from the Lansford area, a display of antique coal company signs from all over northeast Pennsylvania, a large collection of antique beer trays advertising small town breweries in eastern PA, WWI Coal advertising posters, coal mining and railroad artifacts and station signs from well known coal towns in the region.   There will also be Molly Maguire memorabilia, and an exhibit on 19th century funeral practices in the region, a beautifully restored 1930s antique coal delivery truck from Heller Brothers on Northampton, a 1929 huckster truck, a 1933 Plymouth replica Coal & Iron Police car, a 1949 Chevrolet pickup truck selling bagged coal, Mine Safety and Rescue displays, a restored vintage mine train, an antique moonshine still,  antique  cloths washing devices, and an antique miners bathtub display.    The Victorian Hi-wheelers will ride their vintage bicycles and perform during the day.

A variety of music typically found in the coal region will be featured throughout the day including a live broadcast of the WMGH Polka Joe Manjack show from 10 to 1 PM.  Visitors will be able to dance to the polka music in the parking lot if they would like.  Also featured will be the ever popular ‘Breaker Boys’ singing and performing  coal region folk songs during the day, old time fiddle music will be provided by Paul Riffon from 1 to 5 PM, and DJ Shawn will be playing the best of mining, railroad, bluegrass and polka music all day. 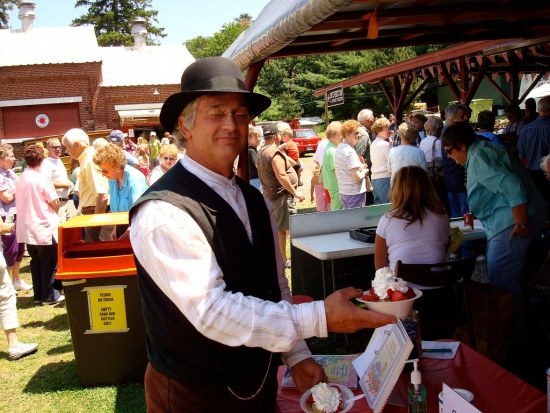 An old time air powered calliope mounted on a truck will play unique music from the 20s and 30s from 11 to 2 PM.  Re-enactors from the Eckley Players will stroll the grounds in their authentic ‘patch town’ outfits, performing skits, telling stories, and sharing tales throughout the day.    A visit by famed early 20th century labor organizer “Mother Jones” is also planned.

A variety of children’s entertainment will be offered including the popular old time coal sack races with prizes for the winners.  Buster the Clown will be making balloon animals for the children.  Other offerings include a golf game, balloon pop game, EGW Wrestling games, face painting, creating sand art, and a moon bounce.

Always a popular attraction……the ‘Victorian Hi-Wheelers of Tamaqua’ will be riding their vintage hi-wheel bicycles throughout the festival grounds.

The Miller-Keystone Blood Mobile will also be on hand allowing visitors to donate much needed blood while they visit the festival.  The public is encouraged to help out during this important time.

The Coal Miners Heritage Festival is proudly sponsored in part by a grant from the Carbon County Commissioners through the County Room Tax Fund.

To register as a participant, contact Dale Freudenberger at [email protected] or by phone at 610-377-4063.