From Ireland to Easton, a locktender’s grandson comes home 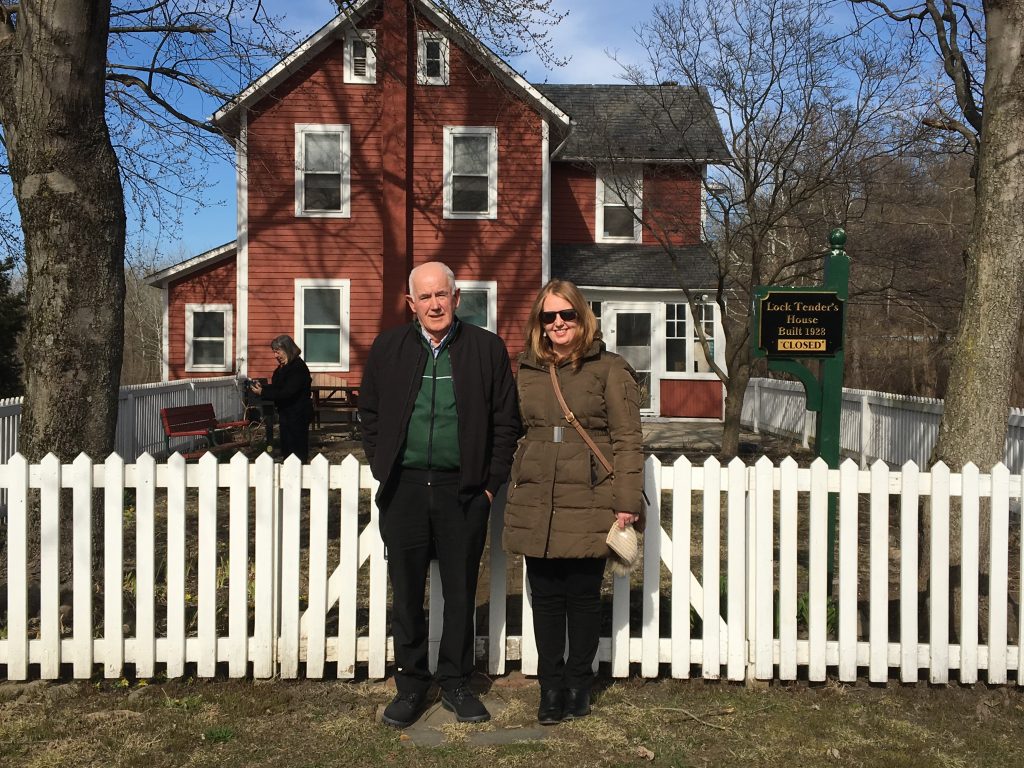 Standing in the doorway of Hugh Moore Park’s historic Locktender’s House, Hugh Boyle’s eyes fixated on the locktender tools hanging on the wall; reminders of the foundation that once housed the birthplace of his father, Neillidh (or “Neil”).

On a warm, mid-March afternoon, Hugh and his daughter, Kathleen, decided to visit the building in hopes of finding out more about their familial ties to Easton. Their journey, 10 years in the making, unfurled a tapestry of cross-continent connections; connections that echo the larger, global reach of the Delaware & Lehigh National Heritage Corridor. 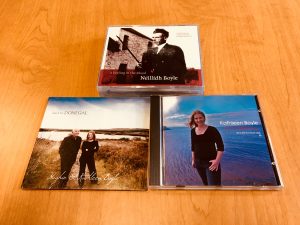 Kathleen, a member of Grammy-nominated Irish music ensemble Cherish the Ladies, and Hugh had previously visited the site twice, most recently about a decade ago. However, they were unable to go inside the house — the ground floor of which doubles as a free museum to the public. “The first time my father and I went… I played my grandfather’s music on my accordion,” Kathleen said during a recent phone chat. “I could feel the energy.”

After wrapping up the winter leg of the Cherish the Ladies’ 2017-18 U.S. tour, Kathleen and her father decided it was time to give the pilgrimage another shot. This time, fate intervened, and a chance encounter with D&L Historian Martha Capwell Fox led to Kathleen and Hugh receiving a firsthand glimpse into their family’s past. “It’s great to have that (building). It still gives you an idea of the time and what life was like back then,” Kathleen said. “It was really moving for (my father).”

From Donegal, with love

Neil’s father, Patrick Boyle, and mother, Nancy, immigrated to the United States from Ireland in 1889 in search of employment and a better life. Eventually settling in Easton, Patrick took the job of locktender, moving his family into the locktender’s house hugging the Lehigh Canal. (The original locktender’s house structure was destroyed by a fire in 1928 and was rebuilt that same year.) It was in that house where Patrick and Nancy welcomed their eldest son, Neil, in 1889.

The Boyles would go on to have 10 children, though only three would survive: sons Neil, Con, and Charlie. A severe drought caused the Boyles to relocate to County Donegal, Ireland, in 1898. 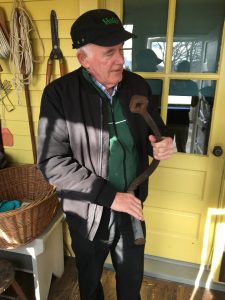 Influenced early on by his mother, and maternal grandfather Padraig MacSubhne, Neil would grow up to become an accomplished, world-renowned fiddle player. He was the first Donegal fiddle player to ever be broadcast on the radio and the first to commercially release a record in Ireland. Inspired by his parents and natural surroundings, one of Neil’s innovative techniques was the ability to imitate the sounds of various birds on the fiddle.

During the golden age of film in the 1920s, Neil provided the musical accompaniment for silent movies and worked for a traveling film show in Ireland.

Neil’s musical talent would remain in the family for several generations. In 1915, Con, also a fiddle player, moved back to the U.S.; six years later, brother and fellow musician, Charlie, followed suit. (Charlie Boyle died within six weeks of arriving in America, while Con settled in Bayonne, New Jersey.)

Neil’s son, and Hugh’s brother, Paddy, followed in his father’s footsteps as a fiddle player. From an early age, Hugh, Paddy, and the rest of their siblings – six children in total – were immersed in learning and playing traditional Irish music as part of the Boyle family band. In 1960, the family moved to Gorbals, Glasgow, Scotland. Neil died in 1961, though many of his recordings have been preserved and archived on CD.

Two generations later, Kathleen continues to keep the Boyle’s musical legacy alive through Cherish the Ladies. Cherish the Ladies having been playing to audiences around the world for more than 30 years and have made several stops in the Lehigh Valley. (They formed in 1985.) Their set list includes original compositions written by Kathleen’s grandfather and great-grandfather, in turn bringing 200 years of Boyle family history to the stage.

In addition to her work with Cherish the Ladies, Kathleen released her solo album, An Cailin Rua (The Red Haired Girl), in 2008; three years later, Kathleen and Hugh recorded the album, Back to Donegal.

Be sure to join us on June 2 to hear more stories of D&L history and heritage during the Founder’s Day 30th anniversary celebration at Hugh Moore Park in Easton. Your support of our mission helps us connect people to culture, nature, history and wellness. Become a D&L member today!

What’s in a Number?
Calling all volunteers!