The D&L Trail in Walnutport and Slatington 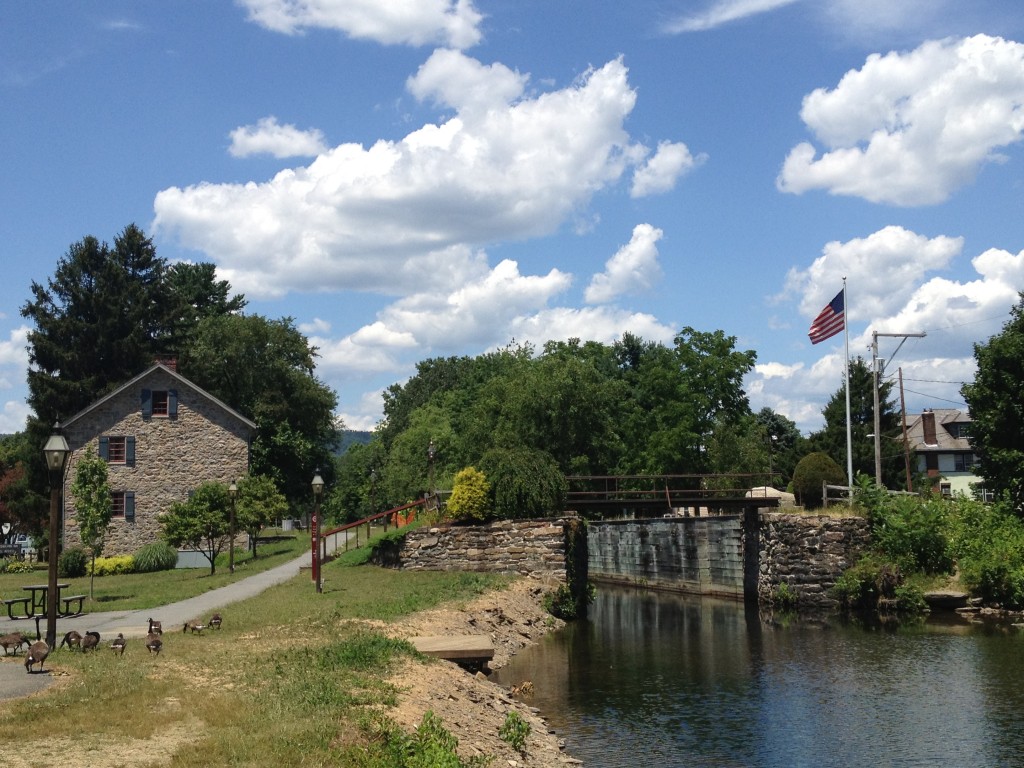 Separated by the Lehigh River, Walnutport and Slatington are two small towns that held a very large significance in their time; yet, they served two very different purposes. Slatington was the center of this region’s slate industry, which in the late 1800s and early 1900s was used for everything from rooftops to chalkboards and brought great affluence to the surrounding area during this time period.  Walnutport, on the other hand, was the traditional canal town defined by the working man. Once a vital repair station for the Lehigh Canal and its barges, Walnutport’s lock #23 is a well restored visual example of how locks and canal boats worked and cooperated. The lock tender’s house, which still stands here, is one of only two stone lock tender’s homes still standing along the Lehigh Canal today.

Within these two towns, there are several trails, making it a little complex for a visitor.  When broken down like this, however, it can be quite simple:  On the west side of the river, the primary route of the D&L Trail passes through Slatington, on its way between Northampton and Bowmanstown.  At the Slatington Trailhead, the Slate Heritage Trail heads west, away from the D&L Trail, along the banks of Trout Creek.  On the east side of the river, in Walnutport, visitors can walk or ride on the Lehigh Canal towpath, but the trail ends at Bertsch Creek on the southern end and near Lehigh Gap on the northern end. If you want to continue north or south on the D&L Trail, you will need to cross back into Slatington.

The day I spent in this area trying to organize which trails to write about and which local gems to mention left me spinning, yet I figured it out and I found some interesting stuff, learned some amazing things, and got some really good vibes from the locals of both towns. Slatington has the more predominant D&L trail head because it is part of the trail as a whole but Walnutport’s Canal Park is not a place that should be overlooked, especially not on the third Sunday of each October. This time marks the annual Canal Festival here in Walnutport, which is a really great time to take in the local history.  I remember coming here as a kid and having a blast so definitely mark that date. 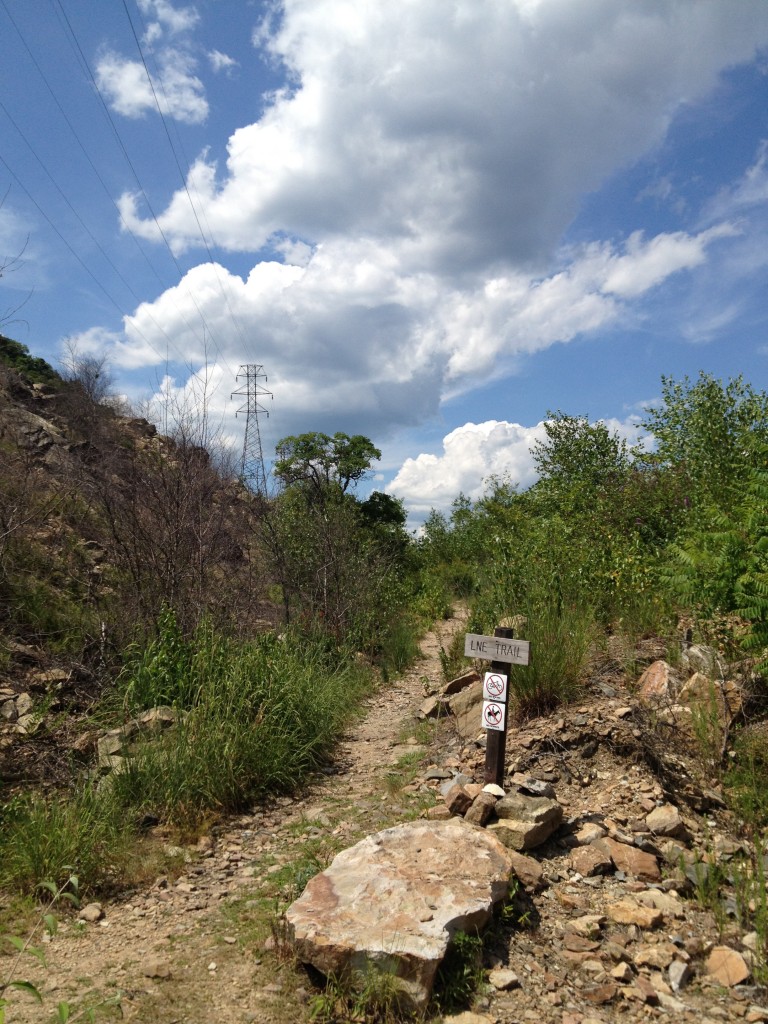 After spending most of my day on the Walnutport side of the D&L trail I finally found enough sense to cross the bridge and find the Slatington Trailhead. This is a relatively new facility and the trail is nice and smooth. Going to the north takes you towards some very interesting aspects of the local area. First, after about a mile of following the old rail road tracks you will start to see glimpses of the Slatington Airport on your right, which is a local airport that once played a vital role in the environmental restoration of the surrounding mountains that were damaged by zinc smelting in Palmerton. If you’re lucky you can catch local pilots bringing in there single prop planes and landing them on the grass runway, it’s definitely good time. Slightly further along the trail you will find the Lehigh Gap Nature Center, which is a new facility that is doing a fantastic job with maintaining and spreading awareness about the environment around here. Stop in and grab a hiking map of the surrounding trails. I’ve only heard good things about the Praire-Warbler Trail and the LNE Trail. This is also the area where the Delaware and Lehigh Marathon and Half Marathon will be held this fall. Have you been training?

Back in the town of Slatington there are a few things that caught my eye that I thought I should mention. Firstly, there’s a pizza place directly next to the trail (are we getting the idea that I love pizza yet?) so don’t go hungry. Secondly, about two or three store fronts up from the trailhead you can find Boyer’s Hardware, which is a traditional hardware store that is also one of the Lehigh Valley’s largest gun dealers. Boyer’s is one of those places that you don’t exactly know what they have in stock until you dig around a bit, which in my eyes is good thing. They also stock live bait and tackle for the trout creek along the trail and what seems to be a pretty substantial collection of guns and ammunition. However, what is even more impressive is the taxidermy that lines the walls and fills the empty spaces of the store. Trophies of gazelles, crocodiles, and a giraffe (yes, I said giraffe) tower above the customers’ heads; this is definitely one of those places you don’t want to miss if you’re in Slatington. 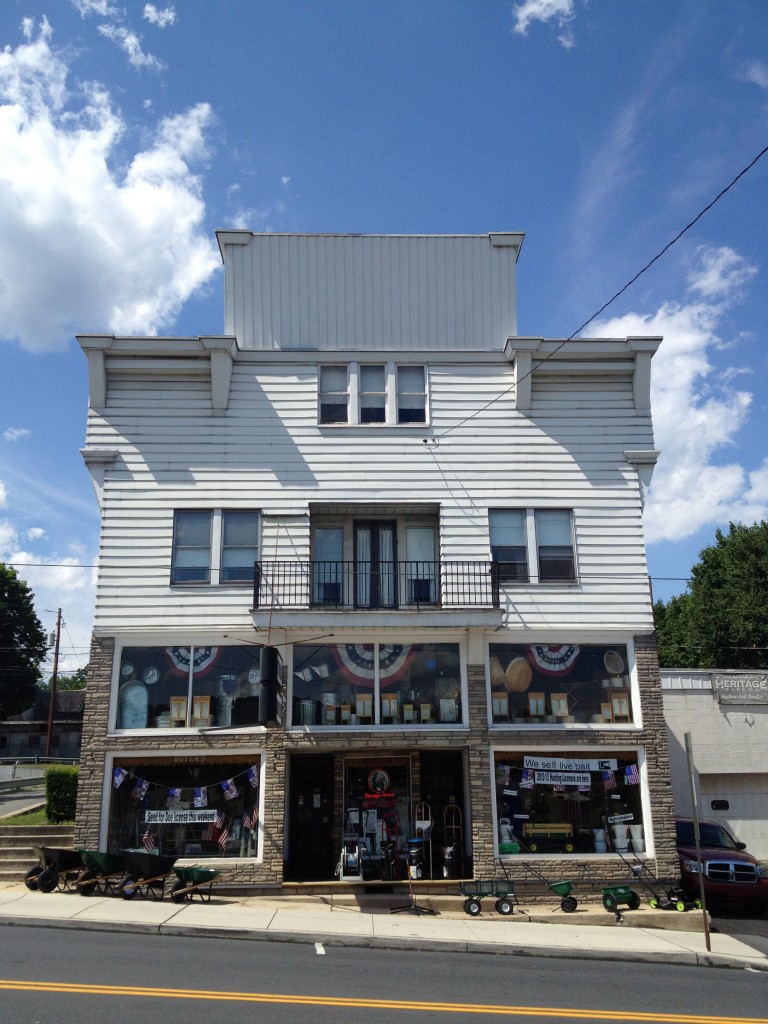 Looking to the future, the plan is to connect this portion of the trail with the Carbon County part to the north and also south toward Allentown and Easton.  However, there is still a lot of work that must be done before all the gaps are closed.  As of now the section of the D&L Trail north of East Penn Township (Bowmantown) is closed due to construction of the new Turnpike Bridge.  The good news is the bridge construction road will soon be converted to our trail and should be open to the public by this fall. This will complete a 20 mile stretch between Lehighton and Northampton.  Plans are also underway to improve road crossings.  Making things even nicer, a new trailhead in Lehighton should also be complete this fall.

Finally one of the larger projects along the D&L trail and the one I am personally most excited about is the construction of a new pedestrian bridge to cross the Lehigh River at Jim Thorpe and connect the Lehigh Gorge to the towpath trail along the canal at Weissport.  This project, which imitates a bridge that once stood nearby, will hopefully be completed in 2014 or 2015.

This section of the trail was new to me, so if you’re familiar with it don’t be afraid to comment below and share some other great gems about the surrounding area