Hugh Moore and The Forks of the Delaware 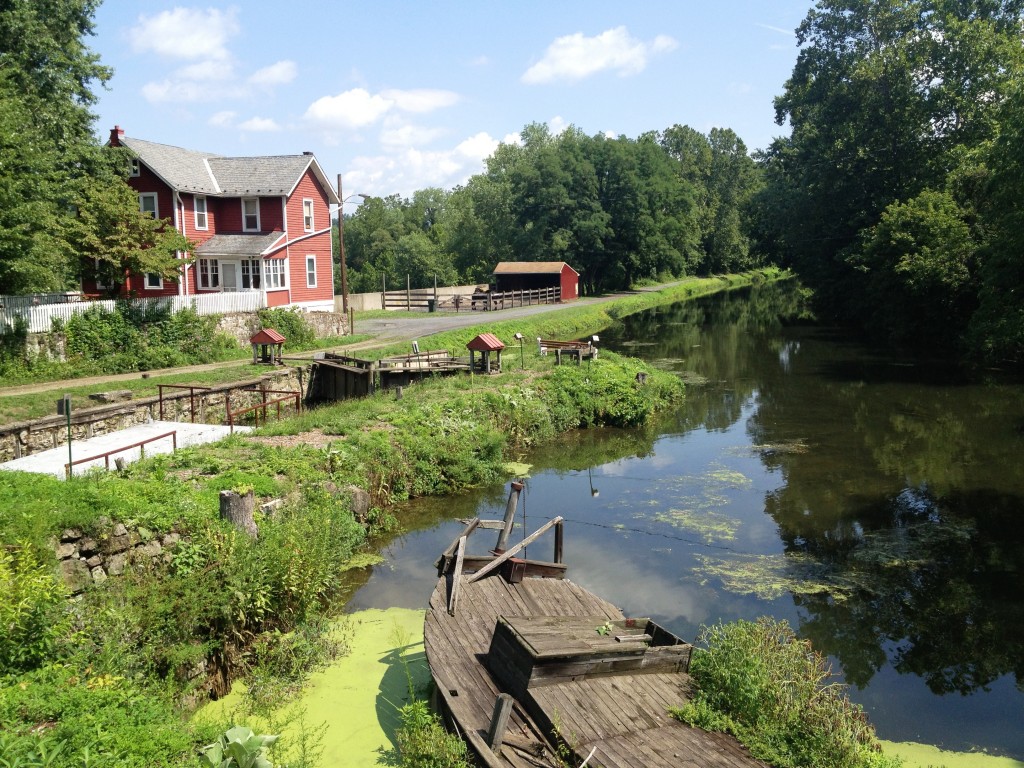 Do you know who Hugh Moore is? He has a park named after him in Easton so obviously he was someone important, right? I didn’t and obviously my guess was that he had something to do with anthracite coal, the Lehigh Canal, or maybe the steel industry, something particularly important along the trail… I was wrong; Hugh Moore was the inventor of the Dixie Cup.

Moore moved to Easton in his early 40s and located his individual disposable cup factory on 25th street. He soon realized that he located his iconic business in the heart of a very significant place in American history. Moore found a particular importance in the 260-acre piece of land between the Lehigh River and the Lehigh Canal that once supported three small iron industries along the canal. So in 1962, Moore and the Mayor of Easton at the time, George Smith, arranged to purchase this land for its historical significance.  Because of his efforts and support, the park was soon named after the Dixie Cup man himself, Hugh Moore.

Today, this park just so happens to be where the D&L’s headquarters are located, within the Elaine and Peter Emrick Technology Center.  This is also the new home of the National Canal Museum with its exhibits, offices, and state-of-the art archives. Just this year the Canal Museum was moved to this location and combined its hands-on exhibits and educational facilities with the only operating canal boat ride in Pennsylvania.  The Josiah White II is a canal boat that offers visitors the unique opportunity of boarding and floating along behind mules and authentically dressed canal workers during the summer months. They also offer a charter service for birthdays and meetings along with their spectacular dinner cruises, which goes through a fully functioning lift lock a short distance from the Emrick Center near Abbott Street.

Beyond the exhibits and boat rides the Canal Museum puts on all sorts of different events for the public to come and learn about their local history.  Every Friday during the summer months they put on a Picnic in the Park for the public. Veggie and Beef Burgers with a summer salad and watermelon on a hot August day, priceless!  All served up where the Josiah White II is docked from 11:30am to 1:30pm every Friday. Visit their website for more information and other events at http://www.canals.org/.

This portion of our D&L Trail takes a unique turn onto the Lehigh Canal Towpath that will lead you directly into the city of Easton and to the Forks of the Delaware, where the Lehigh River meets the Delaware River. There are many unique aspects about this portion of trail especially slightly upstream from the Emrick center along the tow path. I feel like this collection of artifacts and canal features is one of the most spectacular along the entire trail in their natural settings. Located next to the Lehigh Canal Guard Lock #8 and lock house there are two locks, one of which is still functioning. Apparently, the reason for these two locks is to allow the boats to pass from the slackwater, or sections of the river held by dams where the water was deeper and still, into the canal and also to control the flow of water into the canal. 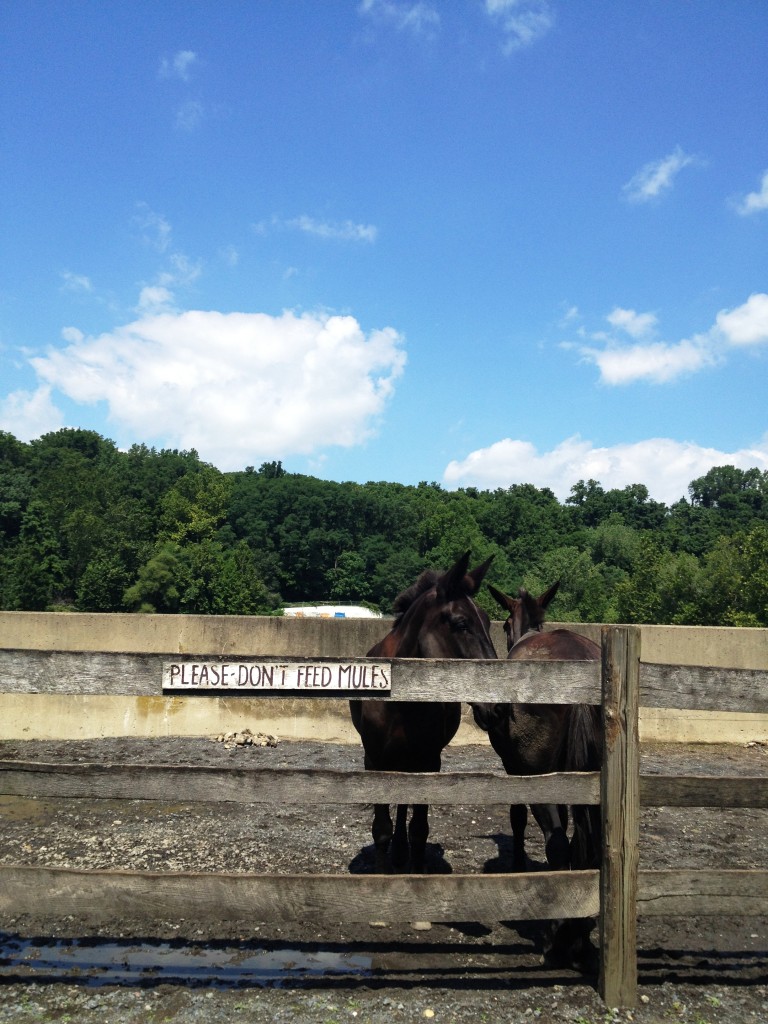 There is also a Change Bridge, a Chain Dam and the home of the resident mules who tow the Josiah White II along the canal here. And as if that isn’t enough to occupy even those who are slightly interested, there is a powerful pour over dam across the Lehigh River just next to the canal. This is definitely a place where a lot of time can spent simply exploring.

As you continue along the tow path you will find that this section of trail is smoothly paved with blacktop, which is unlike most of the trail so far, and travels peacefully next to the canal under rusty trestle bridges and next to ruins of ancient feeling buildings and iron furnaces. Be sure to stop by the canal museum and pick up a self guided tour brochure as you travel through this area, there is way more here than I can possibly write about in this week’s blog.  For example the Glendon Iron Company, Lucy Furnace and Abbott Street Industrial Ruins. However, once you do come across a rusty trestle above your head and ruins sitting next the canal lock No. 47 you can take notice to the ruins of the Toll Collector’s Office (the only piece that is still standing is a brick vault that has stood the test of time). This building, which was once the busiest facility on the canal, collected the fees for the weight products the boat were transporting. 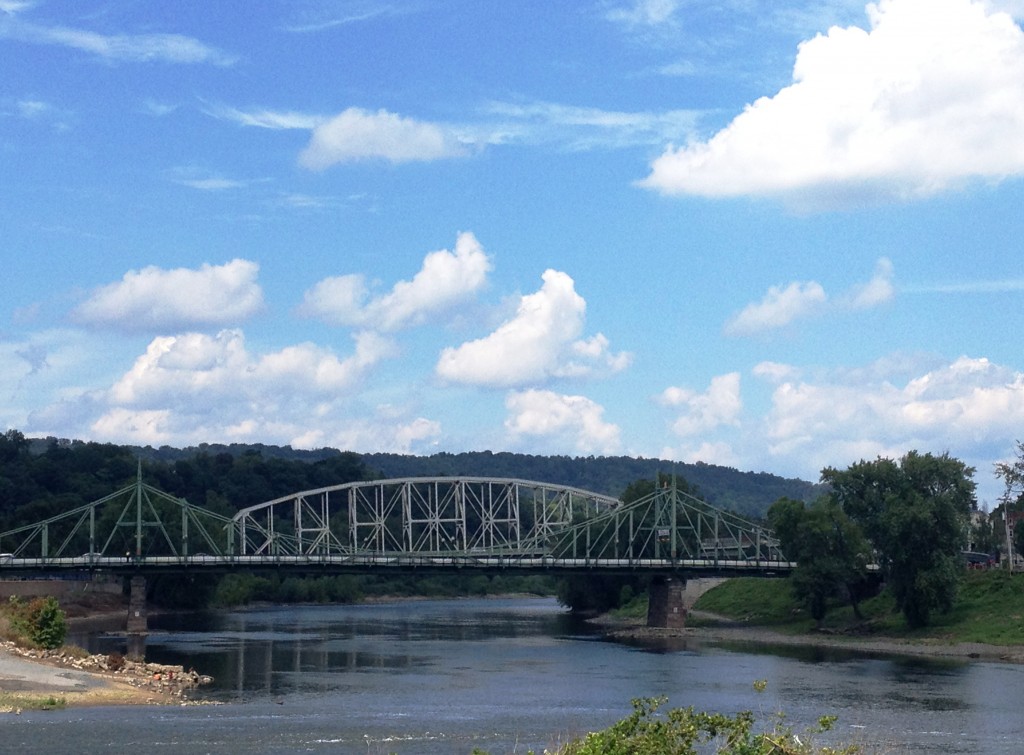 This section of trail is one of the few that runs almost directly through a larger city like Easton. There are tons of opportunities to take advantage of in Easton, the city is quite unique.  One of the very cool attractions around the city is the historic site where the Lehigh River runs into the broader Delaware River. This area is known as the Forks of the Delaware and is marked by a large and some what magnificent dam that harvests and controls the flow of the Lehigh as it enters the Delaware for its final journey towards the Atlantic.

The area between Hugh Moore Park and the city of Easton is filled with rarities that can only be found in this unique strip of land. There is no wonder why the inventor of the Dixie cup found significance in such an amazing place in history. It’s hard to mention everything that can be found within this area but I hope you enjoy the few things that I found to be truly spectacular. So far, this trail has done nothing but amaze me every day I have spent along it. I hope it does the same for all of you. Thanks for reading!

Oh I almost forgot! So, there are these signs around Hugh Moore that read “No Pets” and I’ve been thinking to myself, “that’s weird, why can’t you bring a dog to a park?” Well apparently dogs and mules don’t get along… who knew!?

Along The Trail: Allentown's Canal Park and Historic Bethlehem
Venturing Out of State