Yesterday I attended the final project presentations for a class of Lehigh University public history graduate students. Professor Kim Carrell-Smith, who is very engaged in preserving and interpreting the history of Bethlehem, asked her students to design interpretive signage to be placed at locations along the newly constructed South Bethlehem Greenway. The students used the D&L’s Visually Speaking guidelines for the basic design of their signs and then inserted quotes, text, photos, and other images that resulted from their research in local archives. The result was a series of well-researched, attractive sign panels on topics related to sites along the greenway, the religious landscape, former public markets, and the local and national significance of Bethlehem Steel. 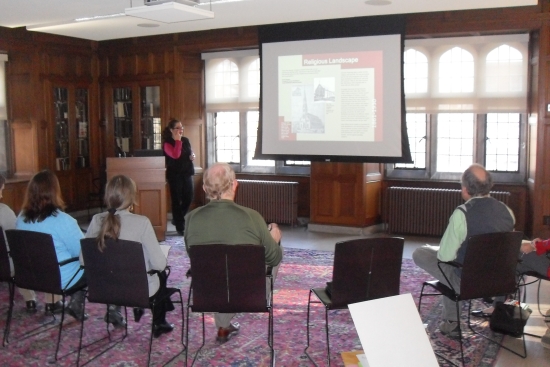 The students had the difficult task of translating complex historical topics into easily understood narrative for the general public. Recognizing that the greenway will be used by local residents as well as visitors to the Sands Casino and Hotel and Steel Stacks Complex, the panels also had to assume that some readers may be totally unfamiliar with Bethlehem’s industrial or cultural history. How could the panels engage those visitors without boring those of us who live with the legacy of the Steel on a daily basis? All of these issues were raised in class discussions and were well-executed on the signs. The students even had maps to show the proposed location of each sign, which were oriented to the greenway’s various views of South Bethlehem. 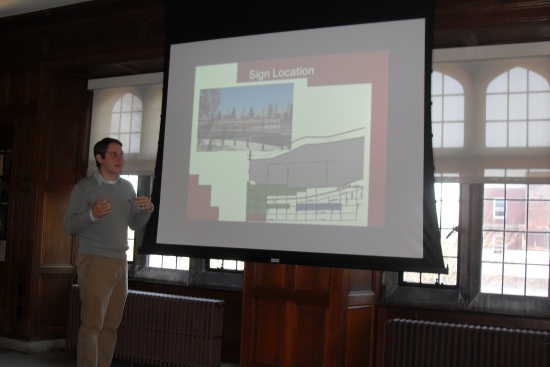 As someone who has designed dozens of signs during my time with the D&L, I was extremely impressed with the students’ work. Along with Dana Grubb of the South Bethlehem Historical Society, and Julia Maserjian and John Smith of Lehigh University, I provided critiques of each panel, but most of the suggestions were minor revisions to otherwise impressive work. As I commented to my D&L colleagues when I returned to the office, most of the panels could be produced tomorrow as actual signs. 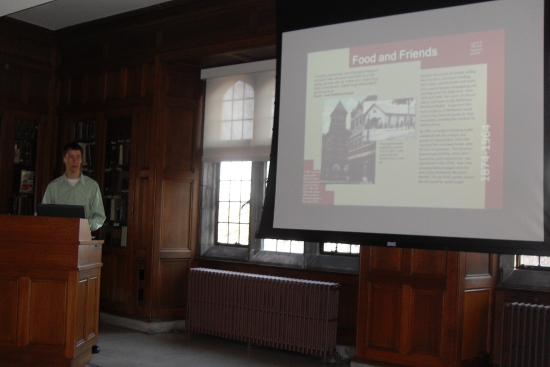 Currently, we don’t have funding to fabricate or install the signs, but we can use the drafts to approach potential partners. We’ll also work closely with the City of Bethlehem to make sure the signs fit into their overall plans for the greenway. Hopefully, in the next year or so, you will see these panels at various sites throughout South Bethlehem.

The D&L extends a big “THANK YOU” to Professor Carrell-Smith and her students for their excellent work!