On September 22, during the autumnal equinox a group of interested citizens, government officials and volunteers, joined the Morrisville Environmental Advisory Council to celebrate and dedicate the Morrisville Riverfront Preserve.

Morrisville Borough, located along the Delaware River in lower Bucks County, is developing 8.8 acres along the riverfront as a naturalized riparian preserve. The Morrisville Riverfront Preserve is situated at the uppermost tidal area of the Delaware River, just below the “Falls of Trenton,” and the Special Protection Waters of the northern section. 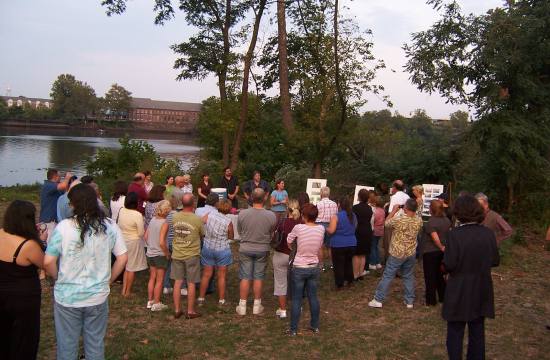 Members of the community gather to dedicate the Morrisville Riverfront Preserve.

Work on the project began in January 2010 which led to the re-zoning of the land by Borough Council to Natural Lands and Community Service Districts and approval by the Bucks County Open Space Program for funds to support the project.

The Preserve will be a quiet piece of nature for fishers, birders, walkers and paddlers. Riverfront restoration will improve air, water and land quality, as well as provide improved floodplain function and flood protection. The Preserve will provide the opportunity for public education on the value of natural waterfront habitats. 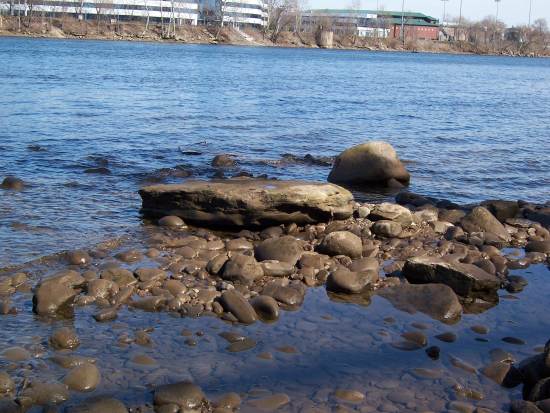 The new preserve will help protect and improve the Delaware River.

Morrisville is partnering with the Delaware Riverkeeper Network, who will provide assistance in developing restoration strategies that will ensure a successful and sustainable project.

The site is currently overgrown with Japanese knotweed, which prevents public access in the summer and has overtaken the native species that contribute to the biodiversity of its habitat. 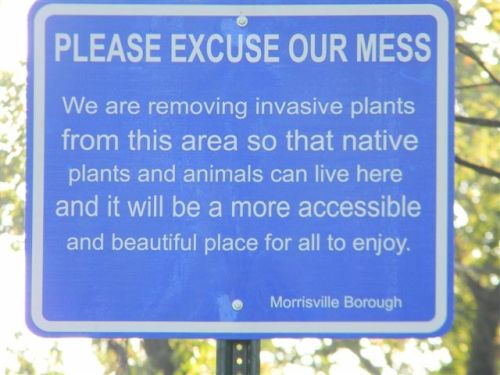 Morrisville Borough is undertaking Phase 1 of the project which includes eradication of Japanese knotweed and other invasive species, and the prioritization and identification of plantings and planting sites. Phase 1 is expected to last 12 – 18 months.

The first herbicide application is scheduled for September 2010 and will be repeated in Fall 2011.