A Phone Booth in the Woods?

Posted in Along the D&L Trail, History, On the Trail, Trails

Come sit a spell in the crisp autumn air and find out why concrete phone booths (like this one on the Asher F. Boyer Trail near Three Mile Dam) dotted the Lehigh and Delaware Valleys, along the corridor that helped forge the industrial revolution in America. 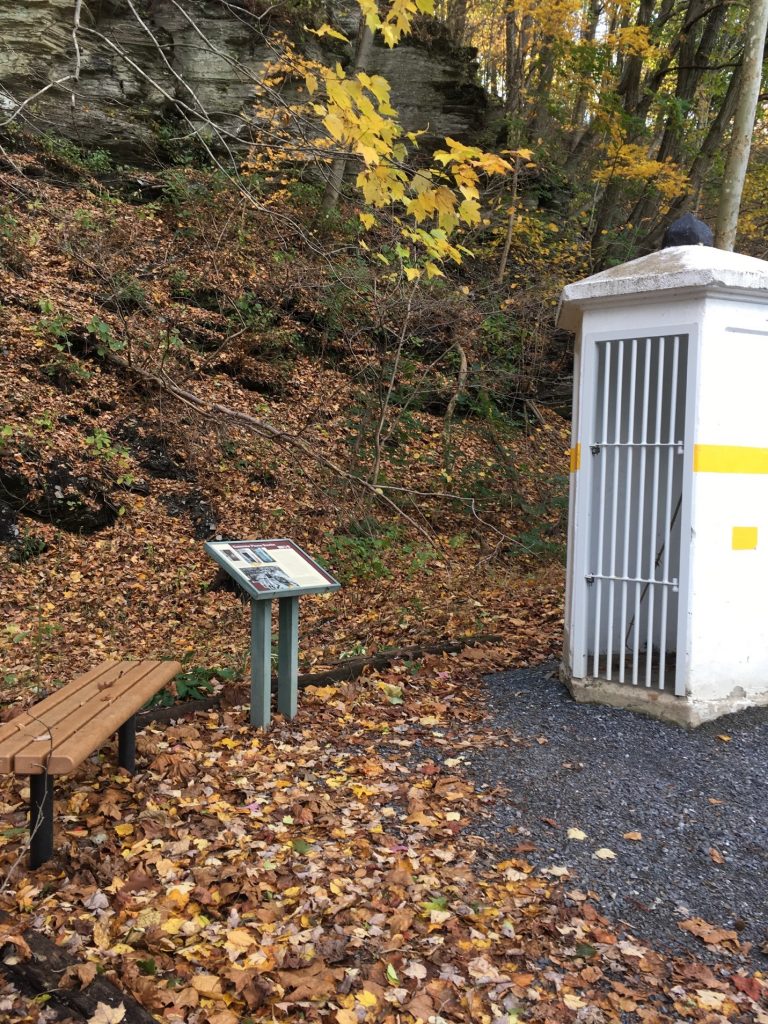 Historical sites along the D&L National Heritage Corridor are marked with signature signage explaining the importance of everything from these concrete phone booths to missing dams. That’s right, missing dams. Directly across from this phone booth, you can solve the mystery of the missing Three Mile Dam that at one time extended across the Lehigh River from Treichlers on the Northampton County side to Laurys Station on the Lehigh County side.

Take a step back in time to the concrete phone booths, which were erected in the early 1900s near where railroad tracks reduced from four lanes to two. Telephone booths were installed near these railway reductions (what we know today as highway bottlenecks) so that trainmen, dispatchers, rail yard employees and the ticketing office could better communicate with each other. Find out more by taking a walk, run or bike ride on the D&L!