Rails to Trails: A Bit of History

Rail trails got their start with Congress’ purely pragmatic deregulation of the railroad industry. During the 1970s, the railroad industry was faced with a deteriorating infrastructure, uncompetitive market structure, and the bankruptcy of several large companies. Existing regulations forced companies to hold onto unprofitable branch lines and maintain unreasonable prices for freight and passenger traffic. The United States Congress’ response was the 1980 Staggers Rail Act. The railroad industry welcomed the legislation because it limited regulation of prices in competitive markets, legalized railroad-shipper contracts, and generally increased the financial stability of the industry. 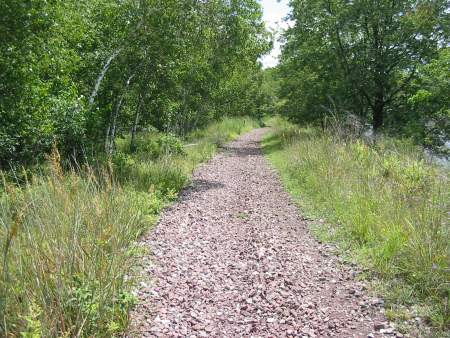 More important to the development of rail trails was an aspect of the Staggers Act that streamlined the process of selling or transferring abandoned rail lines and property. In 1983 the National Trails System Act was amended to allow for “rail-banking” of dormant lines. Traditionally, abandoned lines were divvyed up between adjacent landowners, in effect becoming private land. Rail-banking was based on the idea that rail corridors (graded, connected, open space) should be preserved, in case the need for rail transportation ever materialized in the future. Meanwhile, these corridors would be made available for recreational uses, such as hiking, walking, and bike riding. The railroad industry and the outdoor recreation community forged an unlikely yet symbiotic relationship: railroads freed themselves from the burden of abandoned lines, and recreationists, in theory, provided maintenance in return for access. 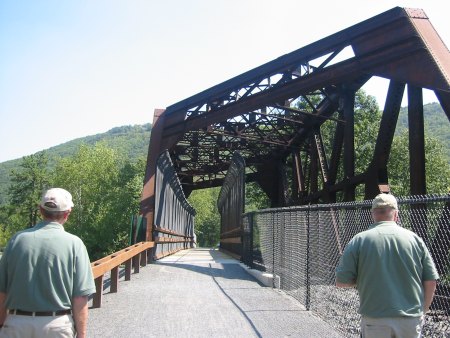 In 1986, the Rails-to-Trails Conservancy was founded to provide assistance to trail managers and organizations hoping to obtain oversight of rail-banked corridors and to lobby for favorable legislation in federal, state, and municipal governments. Arguably the most important accomplishment of the Conservancy came in 1990, when it successfully defended the constitutionality of the National Trail Act’s rail-banking amendment, in front of the US Supreme Court.

The constitutionality of rail-banking ensured, the rail trail movement began in earnest and long-distance trails appeared around the nation, especially in the Midwest and Northeast. Rail-banking was an important precedent and acted as a catalyst to the rail trail movement but certainly was not the only means of creating trails on old railroad right-of-ways. Out of the nearly 100 rail trails in Pennsylvania, only seven are on rail-banked corridors. The majority of trails are on pieced-together parcels, wholesale transfers or purchases between governments and railroad companies, or old rail beds reverted back to private property and publicly accessed through easements. 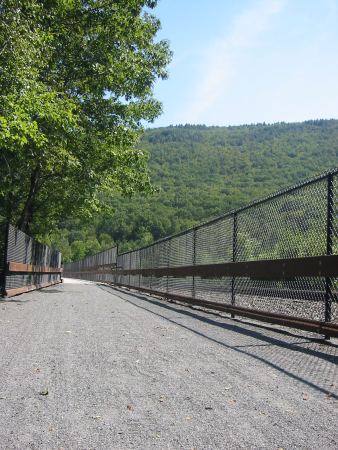 Of course, many sections of the D&L Trail follow abandoned rail lines and short spur lines, so our efforts have benefited from the enthusiasm generated by rail-banking and other means of developing rail trails. In some cases, we have successfully cooperated with railroad companies to transfer lands to local governments. In other cases, the interests of railroad companies struggling with insurance liabilities have not coincided with our efforts to expand recreational opportunities. However, as the history of rail trails indicates, there are opportunities for the railroad industry and outdoor recreation community to cooperate, when both of our needs are met.