Posted in Along the D&L Trail, D&L Heritage Half Marathon, On the Trail, Trails

Being a runner has been part of who I am for more than 30 years. Running was a gift to me because it requires focus and intensity more than sheer athleticism. Athleticism sure would have helped too, but that’s not one of my talents. Running let me be fit even though I’ve never really been athletic.

Running has done so much for me: introduced me to lifelong friends; nurtured my spirit; built my self-confidence; provided a positive outlet for frustration and competitiveness; and helped me to stay healthy. I will be forever grateful to have discovered the sport.

The thought of stopping running one day was akin to being lost in a sweet moment with a young child. You know that one day it will be over, but you try not to think about it. But children grow up and joints lose their cartilage.

I was actually reasonably fast as a runner. My PR in the half marathon was a 1:37:31 at the 2009 LVHN Via in Bethlehem (pictured), which earned me a first in my age group as a 47-year-old. Unfortunately, I never got to run the D&L Half Marathon.

About two years ago, my right knee started to hurt. At first, I tried to ignore it with the hope that it would go away. Runners often do this as part of our illusion of invulnerability and/or unwillingness to curtail training. But it didn’t go away. It got worse, and I started to limp when I walked or ran and felt stabbing pain when I went down stairs.

A trip to the orthopedic yielded the sanction that I feared most: stop running. I’ve heard this before as a recommendation, but not so emphatically. And not with the warning that if I continued to run, I was risking my mobility in the years to come. So I had to stop.

This was a really hard transition for me. Running was my friend. I loved accomplishing a goal distance and striving for and hitting personal records. I was addicted to the endorphins that I generated best through running. Running will always be my favorite sport, and I so miss it.

But I have a new friend now: walking. Walking doesn’t kick up my endorphins as well as running did and it takes a lot longer to get mileage in, but it does have its advantages. It’s much less impactful and less exhausting, so I can enjoy talking with a friend and listening to music much more thoroughly than I did as a runner. I can see and appreciate nature and my surroundings far more acutely.

There are many apps available to encourage me as a walker. Between my Fitbit and posting on Strava, I’m able to motivate myself to hit goals and garner positive feedback from friends and family. I’ve channeled the new kind of competition this fosters in me in registering to walk the D&L Heritage Half Marathon.

We’re so lucky to have a local half marathon that welcomes walkers, and on such a beautiful venue as the D&L Trail. In full disclosure, my husband directs the race, and I volunteer in its marketing. But still… join me on November 5th! 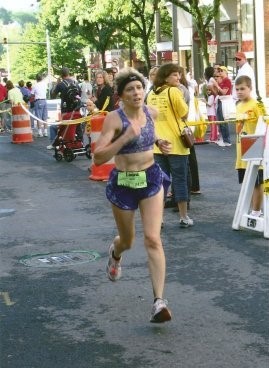 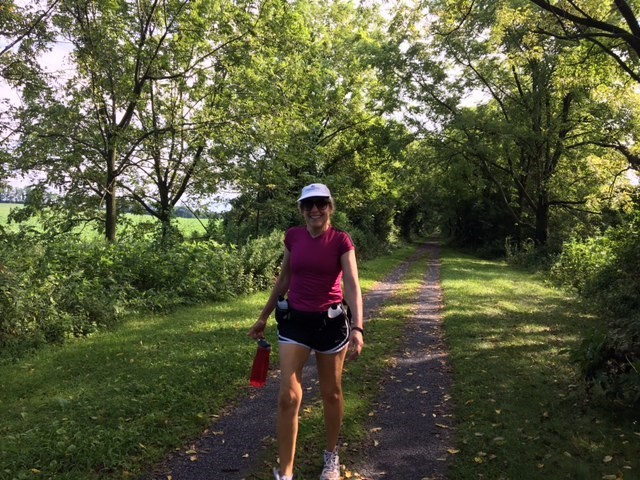