Something to Smile About!

Posted in Know Your Legislation, Trails 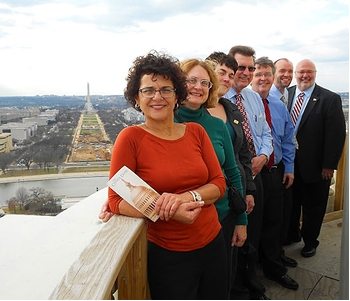 As quoted from the press release: “This bipartisan legislation takes a new approach to heritage areas by establishing for the first time a standardized set of criteria across the board for the designation of new NHAs and the review of those previously authorized. Having a clearly defined structure to oversee the management of heritage areas will allow these popular public-private-partnerships to better preserve the nation’s heritage and spur economic growth with minimal federal support.”

Similar NHA program legislation has been introduced in past sessions of Congress and never signed.  This bill has a broader range of Congressional sponsors, and support from NPS leadership. Passage of a National Heritage Area Program bill would provide a real boost to the NHA program, and ensure that the NPS relationship with heritage areas will remain in place long into the future.

Land Agreement will help connect Hazleton Rails to Trails Project to D&L Trail
Spring Wildflowers are on the Way! (Part 1)