Posted in Along the D&L Trail, Mile Markers, News, On the Trail, Trail Improvements, Trails

Maps and signs are intimately connected to one another. The map is the overhead view that shows you where you are relative to other things. The sign is the real piece on the ground that connects you to the map. Typically, we can imagine this well while using Google maps or your co-pilot’s directions as you’re driving to some unknown destination. We can stare at a map all day, but signs are the cue to let us know just where we are in the map. For example, imagine you are on a long trip from Pennsylvania to Maine, “John, we just hit the New York border,” “Turn left at exit 87 toward New York/New Jersey,” “Honey, we just drove through some town called Jim Thorpe! What kind of a name is that?”

Here at the D&L, I have the pleasure of managing both mapping and signage. It was not until I had this job that I realized just how intricately attached these two visual graphics can be. They both fall under general way-finding. Recently, I have been working with Trail Programs Manager, Brian Greene, to develop a comprehensive way-finding strategy that will remain consistent across every mile of D&L Trail and connect to our mapping.

My goal with signage, oddly enough, is to make it so good that a map is not needed. And on the other hand, I want the maps to be done so well that signage is not needed. I figure that if I keep these two things competing, there is no way that even the most directionally challenged trail user will get lost. 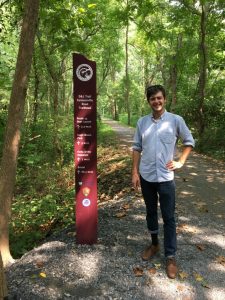 Keep an eye out, we’ve recently helped Bethlehem Township install signage to designate two new trailheads – Farmersville Road and Nagy’s Landing. Both of these locations now have pedestrian blades and trailhead signs. Pedestrian blades let trail users know the trail distance to the next towns and places of interest while trailhead signs alert motorists that they arrived at the trailhead to park. Before the year ends, expect similar signage in Hugh Moore Park, near Route 33 boat launch, in Slatington, and in Tullytown! 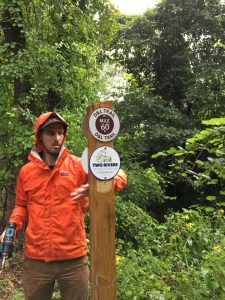 Figure 2: Joint-signage to show how the D&L Trail co-aligns with other trail networks