A Life of Dedication to Walnutport

This article previously appeared in the D&L’s e-newsletter Along the Corridor.  If you would like to receive the newsletter, please contact [email protected].

The honorary Mayor and First Lady of Walnutport, Pennsylvania – Everett “Buddy” Kaul and his wife, Marilyn – have more years of volunteering in one finger than most people have in two hands.

Life-long residents of the tiny Northampton County borough, Buddy and Marilyn have put their hearts, souls, blood, sweat and tears into the town’s most active and recognizable organization. The mission of the Walnutport Canal Association (WCA) is “to maintain and preserve the Walnutport section of the Lehigh Canal and to present an interpretive history of the Canal Era at the Locktender’s House and Museum.” 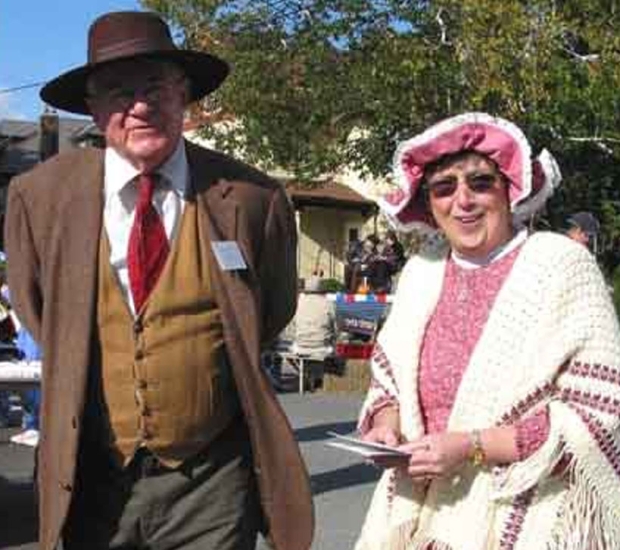 And to that end, the Kauls have done an absolutely thorough and impressive job leading the way. Although officially incorporated in 1982, the WCA was the driving force behind the preservation of the Walnutport section of the Lehigh Canal in 1953. Allow us to count backward for you; that’s 58 years ago, and yes, the Kauls were there.

“Bud and I represented the Walnutport Canal Association from the very beginning,” Marilyn says. “We were at the planning meetings when they were deciding how to set this whole thing up. There were some very lively discussions.”

The Lehigh Canal is in the Kauls’ blood, especially Buddy, who spent his youth along the canal and had relatives who were canalers. His knowledge of the Walnutport/Slatington area is impressive; stumping Buddy on a local history question is difficult. The couple’s love of canal history led to the impeccable restoration of the 1828 Locktender’s House and Museum, which holds period furniture, historic photographs and other canal-era memorabilia. When the annual Walnutport Canal Festival is underway in October, the Mayor and First Lady can be found strolling the grounds in period costume, greeting visitors and directing people to the museum, festival exhibits, or the delicious homemade pierogies and halupkies at the WCA Pavilion.

During the school year, Marilyn, a former first-grade teacher (“I spent 25 years in first grade,” she often laughs) can be found leading fourth-grade students from the Northern Lehigh School District on tours of the Locktender’s House and Lock 23, which is also restored to its original appearance.

“We continue to maintain and improve the area,” Marilyn says. “What was accomplished at Walnutport (years ago) was the model for the rest of the D&L Corridor. In fact, the original title of the venture was the Delaware and Lehigh Canal National Heritage Corridor and State Heritage Park. Initial projects were geared to the canals.”

The WCA maintains an annual membership of approximately 750 people. Dues and donations help fund equipment purchases and repairs, towpath and canal maintenance, and special events, which become fund raisers of their own. This year the WCA is hosting its annual Towpath Trot on October 8 and its annual Halloween event. This year Halloweeners will enjoy the WCA Creature Feature Movie Night on October 15.

No one receives pay to run all this fun. The WCA is a volunteer organization with a lengthy and outstanding track record. The Kauls are quick to point out, however, that even the best volunteer groups need a little outside help from time to time.

“The WCA has an extremely close relationship with the D&L,” Marilyn says. “I would need about two weeks and I could write a book about our involvement with the D&L.”

“The D&L provided the funding to purchase 5.64 acres of land adjacent to the canal for parking, assisted in additional land acquisition, helped to obtain funding from Pennsylvania DCNR for restoration of Lock 23 and construction of the pavilion, and many, many other projects. We have always promoted and supported the D&L and told their story and encouraged other organizations and individuals to become involved.”

But the real tip of the hat in this relationship goes from the D&L to the Kauls. Buddy and Marilyn are a true treasure for the Corridor and a pleasure to work with. And best yet, with nearly 60 years of volunteer service to the community of Walnutport, they are still going strong. It’s an example that may never be matched, and perhaps is not intended to be.