Last night, new urbanist designer and planner Jeff Speck made public the results of his long-awaited report on the walkability of Bethlehem.  A group of nearly 100 residents came out to Lehigh University’s Zoellner Arts Center to watch the two-hour long, engaging presentation.  Since 2004, Mayor Callahan has worked with Speck at the Mayors’ Institute on City Design, a forum designed to promote the ideals of new urbanism to the leaders of American cities. This relationship led to the City of Bethlehem’s hiring of Speck to determine the strengths and weaknesses of Bethlehem’s pedestrian infrastructure. Speck, a co-author of the groundbreaking “bible” of new urbanism, Suburban Nation: The Rise of Sprawl and the Decline of the American Dream, spent four days touring Bethlehem with Darlene Heller of the city’s planning department.  This meeting was intended to serve as a preview of Speck’s more detailed published report, due to the city in the next few weeks. 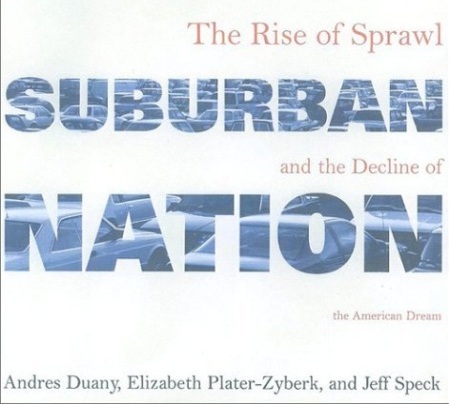 Within the first few minutes of the presentation, it became clear that Speck’s conception of walkability extends to the entire physical and social environment of the city. Everything from street widths to building heights and trees to graffiti were analyzed to determine how a pedestrian would react to the street. Speck assigned each street a ranking, which he used to create plans for future strategic development.  Streets with vacant store fronts, expansive parking lots, and fast moving traffic scored low points, while those with a variety of businesses and a feeling of enclosure and safety scored the highest.  The results of the study were actually quite promising. In contrast to many American cities, Bethlehem has a relatively high level of walkability, promoted in part by the availability of downtown residences. 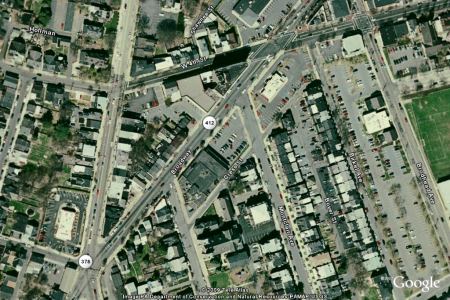 Surprisingly, Speck suggested leaving the very worst areas–South Bethlehem’s Five Points, for example–out of short-term planning because they will require too much investment in street reconfiguration and economic development. In contrast, the city could immediately install relatively cheap speed bumps and stop signs at specific sites to see vast improvements. Many of the city’s problems with speeding and unwelcoming streetscapes are the result of improper street widths, exceedingly long turning lanes, and overzealous parking restrictions. Fortunately, the majority of those problems can be solved with a little planning and some street paint. 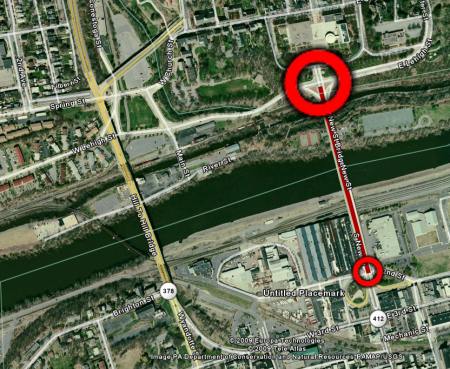 The long list of recommendations, some of which would cost millions of dollars, compelled one resident to ask Speck what the first project should be. Speck did not hesitate for a moment, before suggesting that altering the car-dominant entrance and exit patterns on each end of the Fahy Bridge would do more than anything else to improve the pedestrian connectivity between North and South Bethlehem. This comment was met with warm applause from an audience that appeared to welcome the majority of Speck’s proposals. Yet, despite their overall enthusiasm, residents were justifiably skeptical of the city’s financial and political will to implement many of the proposals. Indeed, as Speck spoke to the eager crowd about narrow-width streets and emphasized human-scale streetscapes, a few blocks away the casino-mandated widening of Rt. 412 continued.  Still, last night was–pardon the pun–a step in the right direction…

[Look for Speck’s full report to be posted to the City of Bethlehem’s website within the month.]