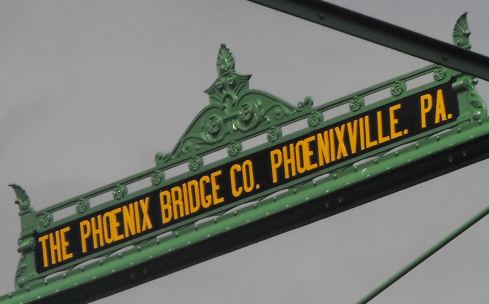 Not only does the bridge link two important Delaware River cities, but it will also serve as the Pennsylvania-New Jersey gateway for the the East Coast Greenway–a proposed 3,000-mile corridor between Maine and Key West.

The 126-year old wrought iron bridge, built by the Phoenix Bridge Company in 1826, and the oldest bridge owned and operated by the Delaware River Joint Toll Bridge Commission, is posted on the National Register of Historic Places.  Once a privately owned toll-bridge, the Calhoun Street Bridge was purchased by the Commission for $250,000 and freed of tolls in 1928. 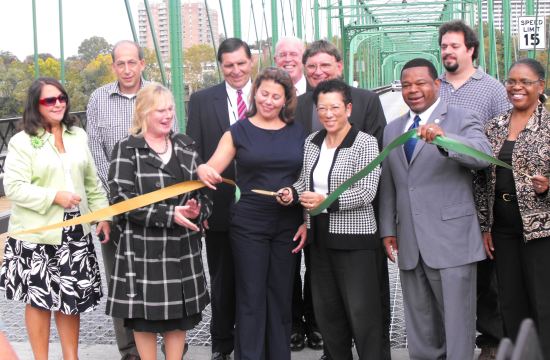 In addition to cleaning and painting, repairs or replacements were made to the floor system, iron truss, substructure and approach roadways.  New “period” lighting fixtures were installed as well as 3 coats of “antique bronze” colored paint.  Local officials and dignitaries joined members of the Commission at a re-dedication ceremony on October 12th .  The repair and renovation should eliminate the need for bridge closures for nearly 15 years.

Okay, Trentonians… err, Trentonites!  Your easy access to the D&L Trail has been restored, now get out there!