When completed, the East Coast Greenway (ECG) will provide a 3,000-mile link between northern Maine and Key West, with stops in every major city along the way. In a sense, you can think of the ECG an urban Appalachian Trail that will provide open space, recreation, and transportation to tens of millions of people. The ECG enters southeastern Pennsylvania at Morrisville via the recently-rehabbed Calhoun Street Bridge and continues south along the D&L Trail on the Delaware Canal towpath towards the Bristol Spur Line and Schuylkill River Trail. 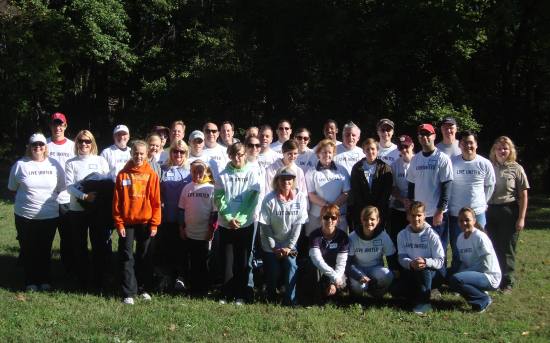 Volunteers from Vanguard Insurance commit time and energy to the D&L Trail.

After passing through downtown Philadelphia, the 55-mile Pennsylvania section passes into Delaware. This is an ambitious project, and, currently, only about 25% of the proposed route is on safe, traffic-free paths. There are, however, dozens of projects currently under development that will increase that percentage, and we see progress on the overall project every year. 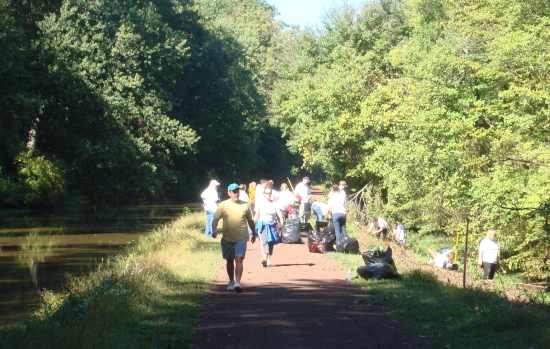 While awaiting the completion of all 3,000 miles, the maintenance of the existing sections continues. Recently, a group of volunteers from Vanguard Insurance spent their Saturday morning clearing 50 square yards (!) of invasive plants from an area adjacent to the D&L Trail, near Black Rock Road in Lower Makefield Township. Invasive species take over native plants, depriving animals and insects of food sources, causing problems with erosion, and reducing biodiversity. Removing the invasives will allow the natural flora to grow back—but it takes a lot of work over a period of years. Thanks to the Vanguard volunteers this site is well on its pace to recovery. 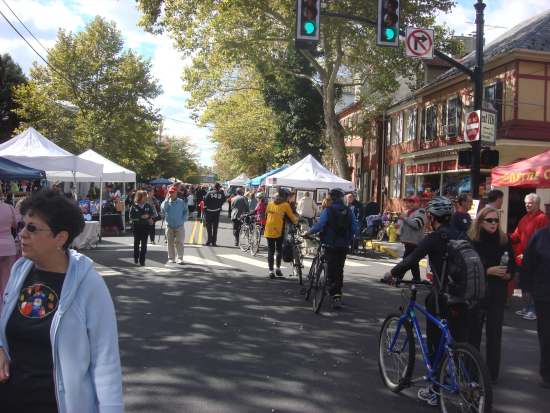 In other ECG news, a guided group tour, led by the PA East Coast Greenway Alliance, visited the D&L Trail and two of the Landmark Towns on Saturday, October 16th. Twenty-six cyclists began the trip from Philadelphia’s 30th Street Station, boarded a private Septa train northbound, and proceeded southward by bicycle. Sites along the way included the Delaware Canal State Park, historic Bristol Borough waterfront (on Historic Bristol Day, no less!), Neshaminy State Park, Glen Foerd Estate, Pennypack on the Delaware, and Penn Treaty Park. The cost of participation in the tour included Septa tickets, bike services, and a boxed lunch, and the proceeds will support the Alliance’s work on the ECG.