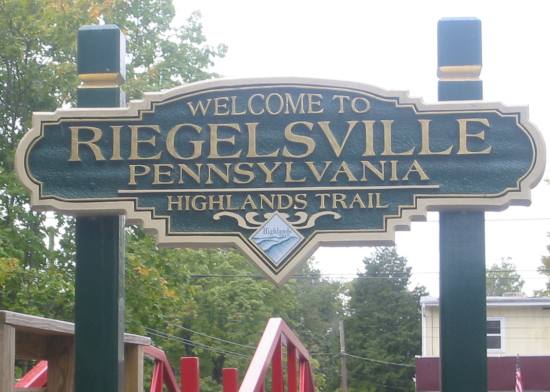 Riegelsville is not the most well-known of Delaware Canal towns. Most tourists head straight for New Hope, Yardley, or Morrisville. If you stick to Rt. 611, you might even pass through town without ever realizing you arrived. Though tiny it may be, Riegelsville is a microcosm of what makes canal towns such enchanting places.

First, there is the canal, which cuts right through town, and the D&L Trail, which follows the narrow towpath on its way between Easton and Bristol. Then there is the Delaware River, which provides a backdrop to the town and its historic architecture, and the old, green, Roebling bridge that connects Riegelsville with New Jersey. Right now, the Highlands Trail passes through 150 miles of New York and New Jersey, crosses the metal bridge into Pennsylvania, and then stops at the canal, in anticipation of future land acquisition and funding to clear a path through to Maryland. 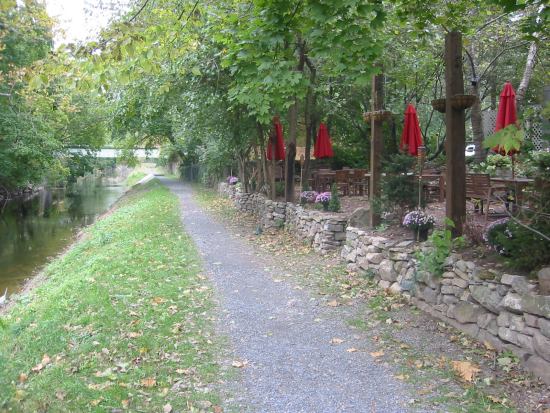 Riegelsville has some great places to eat and hang out too. The Pearberry Café, a stone’s throw from the canal, serves up guilt-free coffee, along with breakfast and lunch. Pork roll omelette is one of their specialties.  Want to grab some supplies for a canal-side picnic lunch? Drop in at the Fig Tree Market for some deli meats, artisan cheeses, and—of course—fresh flowers. When the sun goes down, head on over to the Riegelsville Inn to satisfy your inner bon vivant. The Inn, which dates from 1838, now includes an outdoor seating section adjacent to the towpath. Diners can drink in views of the canal, while sipping their favorite wine and listening to live music on Friday and Saturday evenings. I usually get the Garden Trio of fresh seasonal veggies or the vegetable quiche. The meat eaters amongst us can go for the butter-poached lobster or the peppercorn-encrusted venison. 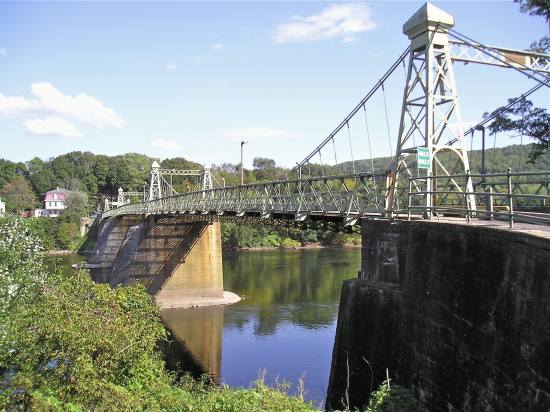 It is easy to forget that towns like Riegelsville exist, and perhaps that is what makes them so charming. The streets are narrow and oriented towards the canal and river, and, as in any good canal town, there’s a Dock Street. Some of the houses are well-kept, historic treasures; others look shabby—in an honest-to-goodness, lived-in way. This isn’t a Potemkin village. People really live, work, and—more often than not—have a lot of fun here.  This is a sustainable community–restaurants, a market, and a world-class trail within walking distance of every residence.  Riegelsville is a canal town for the twenty-first century and well worth a visit on your next outing.

East Coast Greenway Brings Volunteers, Tours to Corridor
Happy Hikers Get Their Tails on the Trail