Conversations on the Canal: Our Anthracite Heritage

The Delaware and Lehigh National Heritage Corridor has announced an autumn addition to its series of dinner cruises on the Josiah White II canal boat. “Conversations on the Canal: Our Anthracite Heritage” has been scheduled for October 4 from 4-6:30 p.m. in Hugh Moore Park, Easton. 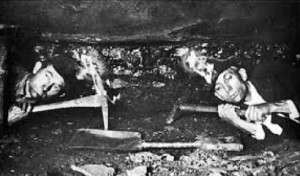 Jay Smar, a renowned musician and anthracite coal historian, will take passengers back in time to the days when King Coal ruled the anthracite region of Northeast Pennsylvania. Armed with two guitars, baritone vocals, claw-hammer banjo, fiddling and singing, Smar will provide an “acoustical buffet” of traditional American and original folk, old-time mountain music and coal-mining songs, preceded by their historical origins.

Smar has toured Scotland twice, received recognition from the Pennsylvania House of Representatives, performed in the Philadelphia Folk Festival twice, recorded music for the Welsh BB movie, “The Welsh in America,” and has been selected by the Pennsylvania Performing Arts on Tour to be on their professional touring roster.

The cruise will feature a dinner of traditional Polish and Slovak foods commonly found in coal country “patch towns” of Carbon and Luzerne counties, prepared by The Culinary Experience of Hellertown.