The Pennsylvania Department of Conservation and Natural Resources recently provided an optimistic update on the $37-million reconstruction of portions of the Delaware Canal damaged by Hurricane Ivan and a series of devastating floods. A relatively dry summer has allowed for constant work on fish ladders, stone walls, gates, locks, and lengthy portions of the canal and towpath. On the most severely damaged sections of towpath, crews are installing a new “stabilized turf,” composed of stone aggregate and grass seed that should produce a more erosion-resistant surface. 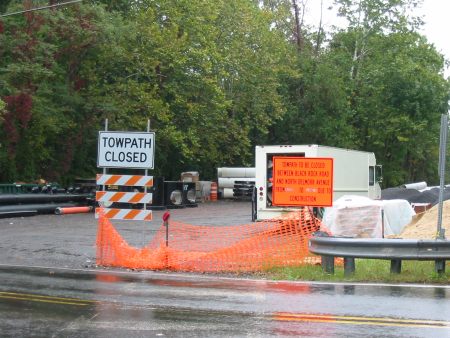 The update also noted the achievements of the Friends of the Delaware Canal and the Historic Delaware Canal Improvement Corporation in financing repairs on a 100-foot canal section near the David Library of the American Revolution, Washington Crossing, Bucks County. Replacement of the embankment and towpath allowed for the watering of the southern half of the canal between New Hope and Bristol. 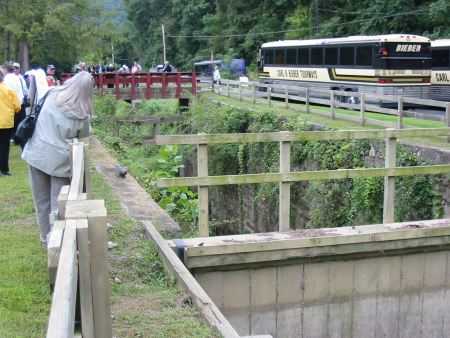 Although “it has been a long, arduous and costly struggle to restore Delaware Canal,” DCNR Secretary Michael DiBerardinis noted, all park repairs are expected to be completed in June 2010.