Easton’s iconic industry, Dixie Cup, is featured in a new exhibit at the National Canal Museum this summer. “Dixie: Easton’s Cup of Health and Happiness” draws from advertisements, photographs, video, and vintage cups from the museum’s collection as well as the Hugh Moore Collection at Lafayette College’s Skillman Library. Visitors will see how Moore’s genius for marketing and innovation turned the paper cup into a versatile, pervasive part of American life. 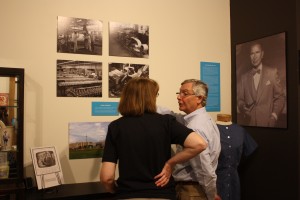 Disposable paper cups were invented and marketed in the early 1900s as part of the public health campaign to abolish the germ-ridden common drinking cup. By the 1920s, Moore and his company saw that preventing the spread of disease was not the only way to sell paper cups—and cups were not the only thing they could make and sell.

Visitors will see Ice Cream Dixies and their collectible lids featuring circus animal and movie stars. Many will remember the disposable soda fountain cups and cones, and the gleaming chrome holders that helped hold sweet treats.

Grown-up Baby Boomers will find the small colored paper cups and the plastic dispensers their moms put in kitchens and bathrooms in the 1950s and 60s. Collectible cups commemorating the US Bicentennial, Larry Holmes’ championship boxing title, and the 1984 Olympics are part of the cavalcade of cups on display, as is a rare 1908 cup dispenser for “automobilists” and a Dixies baseball uniform.

“Dixie: Easton’s Cup of Health and Happiness” is supported by a grant from Georgia-Pacific Corporation and the generous cooperation of Lafayette College’s Skillman Library. 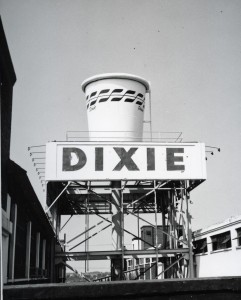