My First Race on Foot

Posted in D&L Heritage Half Marathon

The D&L Half Marathon is the first race I have ever run, but it isn’t my first race. I’ve been racing bicycles now for about 3 years and am excited to try something new. I compete primarily in endurance cross-country mountain bike races. These range from 18 to 100 miles and usually have at least 1000 feet of elevation gain per 10 miles. They are tons of fun, have a great crowd, and push me to my cycling limits more than anything. I’ve won a few and my longest was 102 miles with over 12,000 feet of elevation gain. It was in Shenandoah National Park in Virginia. I completed the race in about 9 hours and 20 minutes. That time put me in about 57th place out of over 600 participants, not bad for my first ultra-endurance. 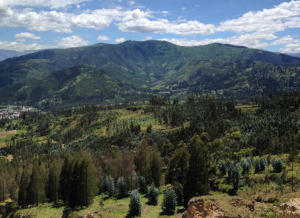 So, why am I running now? It certainly isn’t because I have stopped biking. I picked up running in the Spring while I was in Ecuador studying abroad for four months. Unfortunately, I couldn’t bring my bike. Seriously, I was sad about this. I went from riding a bike literally every day to not having one overnight. Not to mention, where I stayed in Ecuador had a mountain bike course only 5 minutes from my house. To top it all off, Ecuador’s government has some pretty intense tariffs that make mountain bikes almost twice the price as in the US. I couldn’t even find a helmet for under $80.

What I did have was an old pair of running shoes and an undying thirst for some cardio. So, I simply went outside and started running through the hills among cattle, fresh fruit, and Ecuadorian herders. In that setting I found that I like running and it has been something that I’ve kept with me since returning to the US (even with my beloved bike being available). 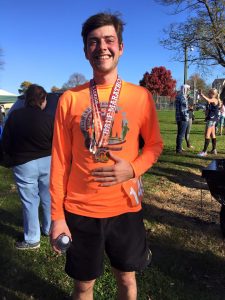 I’m both excited and proud to have the D&L Half-Marathon be my first race on foot. Oddly enough, and this is known among triathletes, cycling muscle does not transfer to running muscle and vice-versa. The only mutual benefit they provide is the ability to keep going when your body feels that it is completely exhausted of energy. Endurance, after all, is mostly a mental game.