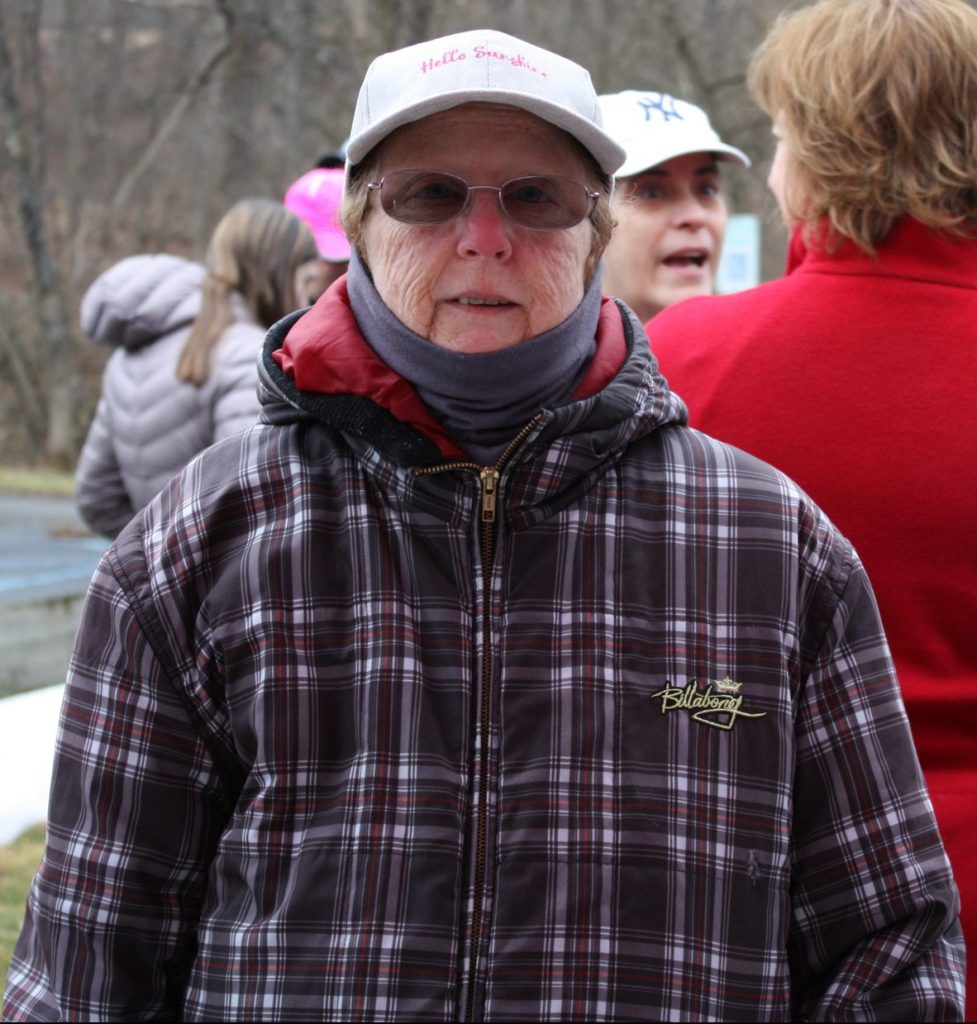 Every morning, rain or shine, Bushkill resident Meg Franzson (pictured right) wakes at 6 a.m. and sets out on a six- or seven-mile walk. While this mileage alone is impressive, even more awe-inspiring is the fact that she began this ritual while recovering from surgery and adjusting to permanent paralysis on one side of her upper body. One thing that keeps her hitting the road each morning? The Get Your Tail on the Trail program (GYTOT), which she joined last winter.

Undeterred by damp and chilly weather, Franzson and 46 other trailgoers assembled on Saturday, February 1, for the Tail on the Trail Winter 30/30 Challenge kick-off event at the Jacobsburg Environmental Education Center in Nazareth. Co-hosted by the D&L and St. Luke’s Hospital, GYTOT events bring people together to get moving, commune with nature, and meet other trail enthusiasts. Last but not least, the program offers incentives—GYTOT swag such as camping blankets, rain jackets, and fleece ear warmers—to participants who complete individual challenges.

For the kick-off, D&L staff led the hikers out and back on a roughly 2-mile portion of the Henry Woods Trail. This wide, inviting trail follows the gentle bends of Bushkill Creek and is lined by towering old-growth forest. Hikers moved at their own pace, some stepping aside to snap photos of frozen waterfalls or lofty hemlocks. In addition to its stunning beauty, the trail is notable for its historical significance. It is named after William Henry II, who operated a gunworks and later a gristmill and sawmill at Jacobsburg in the late eighteenth and early nineteenth centuries.

In the group were GYTOT veterans sporting gear from past challenges as well as many enthusiastic newbies. Even though Chris Reber is already an avid hiker, she knew that joining the program would help her make her outings a regular habit—to “get out for at least 30 minutes each day.” Frank and Aleth Matrone were similarly inspired, signing up just before the kick-off event because they knew that logging their miles would “keep them motivated.”

With over four million miles logged since GYTOT began in 2013, it’s clear that the program has kept Eastern PA residents moving. Participants log their activity year round and are encouraged to include miles from any type of physical activity. But the large turnout and high spirits at the kick-off event showed that for many in the program, the trail remains their gym of choice. 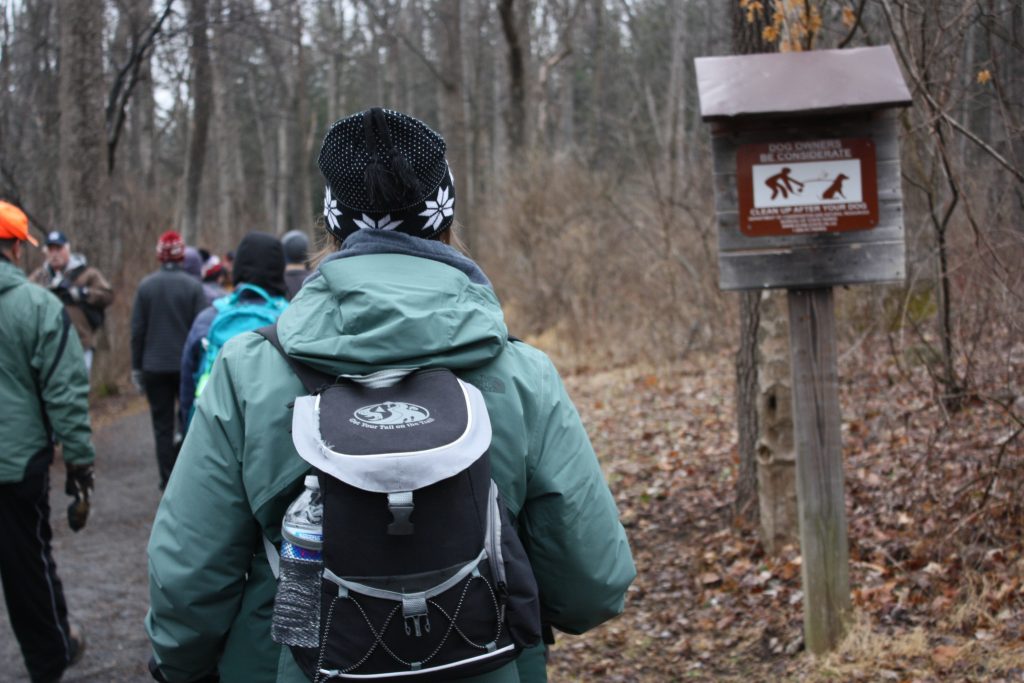