Jammin’ on the Lehigh Canal 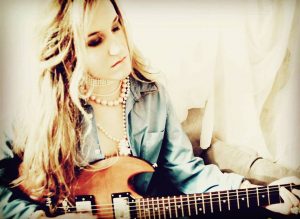 The Lehigh Canal will come alive with some of the region’s best music this summer with the launch of the National Canal Museum’s new canal cruise series, “Jams on the Josiah.”

The monthly series will kick off Friday, July 6, with a performance by Lehigh Valley Music Award nominated-singer-songwriter Leah Marie Fuls.

“I’m so excited and honored to be the first one doing this,” Fuls said. “You can’t beat the atmosphere. It’s going to be beautiful and I get to play music for everyone. I’m really excited for this show.”

Fuls released her debut EP, You’re Never Gone, in January 2017. The title track, “You’re Never Gone,” landed the Phillipsburg resident a nomination for Song of the Year in the Modern Country Category for the 2017 Josie Music Awards in Nashville.

“Being on the canal and the river, it’s a great spot. I remember fishing on the river with my grandfather when I was little,” Fuls added. “It’s a great area. You can’t beat it.”

“Jams on the Josiah” continues Aug. 17 with a performance by award-winning Williams Township-based singer-songwriter Carter Lansing.

Bluegrass-folk group Blue Heart’s Revelry will wrap up “Jams on the Josiah” on Sept. 14.

Blue Heart’s Revelry released the album Until You’re Gone in 2017. In April, the Easton-based group performed on the main stage of the historic State Theatre in Easton as part of the “Stage on Stage” music series.

This hour-long cruise begins at 5:30 p.m. Light refreshments will be provided. The event is BYOB wine and beer.

The full “Jams on the Josiah” schedule follows:

The cost of each “Jams on the Josiah” cruise is $25 per person. Each cruise is limited to 60 people and will be held rain or shine.