When the US Congress passed the Appalachian Trail Act of 1978, advocates hoped it would permanently protect the connectivity and character of the AT for all time. Yet, as with much legislation, opponents were able to find loopholes in the 1978 act allowing them to develop land directly adjacent to the trail. Because some municipalities did not have zoning regulations to limit such development, even sympathetic governments could do little to protect the trail.

In Pennsylvania, this situation came to a head in 2007, when a Monroe county land developer and property owner announced plans to open a “Country Club for Sports Car Enthusiasts,” a euphemism for “race track.” Many local residents opposed the developed, arguing that the loud noise, dust, and minimal but intrusive crowds would impinge on the rustic character of their community and an adjacent section of the Appalachian Trail. The Blue Mountain Preservation Association (BMPA), with assistance from the Appalachian Trail Conservancy, led the community’s opposition but, since the township lacked zoning ordinances, there was no basis for restricting development. 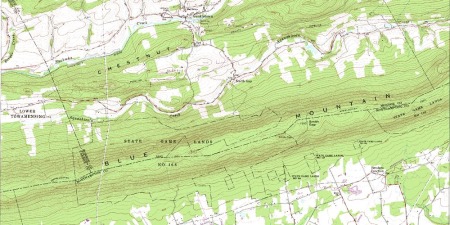 After that judicial setback, Charles “Chot” Elliott, an Easton lawyer and member of the BMPA, approached State Representative Robert Freeman about the issue. Freeman, a long-time advocate of land use, zoning, and planning reform, adopted the cause. He drafted a bill that would require all municipalities through which the Appalachian Trail passes to enact zoning in keeping with the spirit of the Appalachian Trail Act of 1978. He adroitly addressed the concerns of both parties (including mandated provision of technical support for zoning plan development), and PA House Bill 1281 received bipartisan support in both chambers. On June 11, 2008 Governor Ed Rendell signed the bill into law, giving municipalities one year to comply with the zoning requirements. 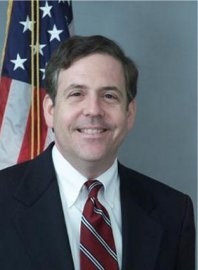 Freeman’s bill is a precedent that other states will surely follow, ultimately leading to the permanent protection of the AT. Support for the bill suggests that local politicians are willing to support trail conservation, if assured of proper assistance. According to a historian of federal AT corridor acquisition, the remarkable thing about the new zoning legislation is its grassroots support from private land rights advocates. After initial opposition to the AT, these community members have embraced the new legislation, as a restoration of measured local autonomy. Additionally, as small Pennsylvania communities continue to deindustrialize and the resource extraction industry continues to decline, the presence of the AT provides a much needed economic and social resource. In short, the trail has become a valuable community resource worth protecting.

A Step in the Right Direction

What does this mean for the D&L Trail and other regional trails? The impact will be hard to quantify, given the unique status of the AT in America’s outdoor recreation infrastructure. Still, any government support for trails is a step in the right direction. Strong legislative action, like Freeman’s bill, sends a message that trails are a sound investment and deserve to be made permanent. In such an environment, the future of the D&L Trail looks a little brighter.