Hello. My name is Lincoln Steward, and I am an avid bicyclist. Actually, that isn’t nearly a strong enough statement. I am extremely passionate about bicycling. Since moving back to the Lehigh Valley in March of 2014 (a little over 2 years ago) I put about 5,000 miles on my automobile, compared to roughly 26,000 miles on my bicycles. I don’t view bicycling as just a recreational activity, but rather believe it is a legitimate form of alternative transportation. 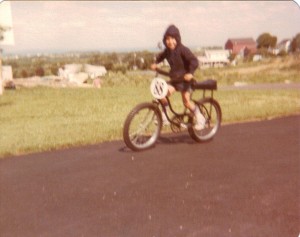 There is also a true feeling of freedom being on a bicycle, and a major sense of accomplishment that comes with knowing I am able to transport myself using only the power of my own body. Let us not forget the issue of environmental responsibility. Every civilized society on the planet knows better than to use their drinking water supply as a toilet, so why do we treat the air we breathe any differently? We’re constantly spewing noxious pollutants into the atmosphere as a result of transporting ourselves from one place to another. Bicycling is a way to cut back on that, and even a climate change denier can’t argue with that.

As with most activities in life, the more you do something, the easier it becomes. Bicycling is a perfect example of this. When I first got back into riding in 2002, it was difficult for me to ride just the 3 mile commute to work. My legs would ache, my butt was sore, and I felt like I couldn’t breathe fast enough to supply my muscles with enough oxygen to turn the pedals. The more I did it, the easier it got, and I found myself taking less direct routes to get places to give myself a change of scenery. It was no longer a chore to ride a bike, it was FUN!

Since then I’ve found myself wanting to ride longer and longer distances. You really don’t know what your limitations are unless you try to push yourself beyond what you think you are capable of. I know I’m getting older, and in a few years I may have to scale things back a little, but until then I feel the need to keep pushing my limits to see just what I am capable of achieving. The result of this personal philosophy has been a series of ride plans that at first sounded like hare-brained schemes, but resulted in accomplishments that I was able to succeed in actualizing. This summer, on June 25th, I’m planning yet another one of those adventures. My intent is to ride the entire length of the canal paths along the Delaware and Lehigh Canals and Rivers, part of the D&L Trail, in both directions, in a single ride, in under 24 hours.

Since I live close to Easton, my plan is to start at the confluence of the two rivers and first head down the Delaware Canal to its southern end in Bristol. Then I will turn around, pass through Easton as I follow the Lehigh Canal to its northern end at Glen Summit, where I will reverse again to complete the journey in Easton.

June is Membership Month at the D&L!
Lincoln Steward Prepares to Bike 284 Miles on the D&L Trail In ONE DAY: Why the D&L?