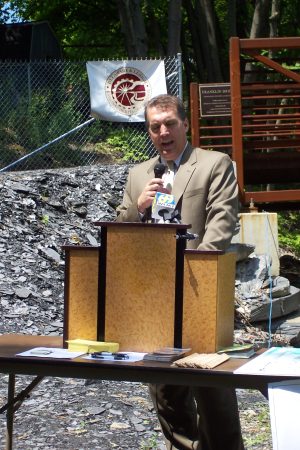 Acevedo chose the Slate Heritage Trail, which links to the D&L Trail in Slatington, as the site to make the announcement, in part because Washington Township will receive the largest grant: $40,000 to complete surfacing and other improvements to the 3.3-mile rail-trail. Also high on the list were the City of Easton, which will receive $35,000 for work in the Sullivan Park wetlands, and the City of Bethlehem, which will apply its $33,000 grant towards an urban forestry program. 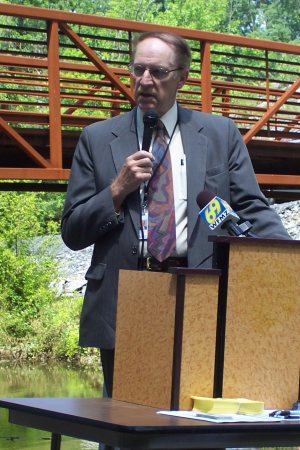 LVGI is also promoting smaller projects with a grant of $2,500 to Tatamy for improvements to the borough’s rail-trail and $7,500 to the Northampton County Conservation District to develop a Cooperative Weed Management Area Plan for the Martins Jacoby Watershed.

The D&L Trail Tenders received a $5,000 grant for their native plant restoration project on Sand Island, and the D&L received $32,000 to continue its conservation and preservation assistance programs.

-City of Bethlehem Wastewater Treatment Plant ($20,000) for work on the Saucon Creek
-City of Easton ($33,000) to support an urban forestry program
-Pennsylvania Environmental Council ($13,850) for training Environmental Advisory Councils in GIS and natural resource conservation
-South Whitehall Township ($9,750) to conduct a feasibility study for a linkage to the Jordan Greenway 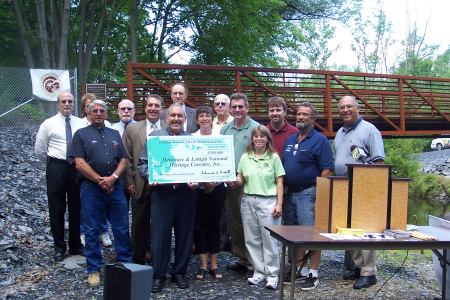 This grant announcement, which included both the Lehigh and Northmapton County Executives and representatives from DCNR, was a large event that earned quite a bit of press coverage. WFMZ 69 News, PennLive, and a number of local newspapers reported on LVGI’s work to foster greenway conservation and recreation activities in the Lehigh Valley.