A couple of weeks ago, I had the opportunity to visit some Lehigh Valley Greenways Initiative (LVGI) projects that are nearing completion. My “tour guide” was D&L Resource Conservation Specialist and LVGI grant administrator Sherry Acevedo. As noted in previous entries, thanks to Sherry, LVGI commits funds for nearly a dozen Lehigh Valley conservation and restoration projects every year. A testament to the program’s productivity, we passed numerous completed, current, and future projects, as we drove across Lehigh and Northampton counties. I’d like to highlight just two of the projects here. 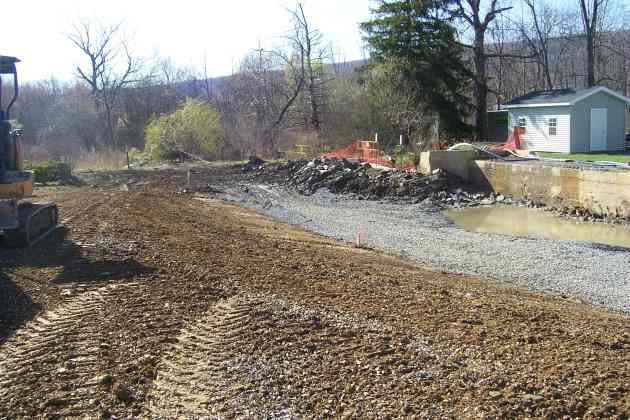 First, we stopped in Wind Gap to check out a riparian restoration project. A small stream passes under Rt. 512 and into a wetlands area that forms the headwaters of the Bushkill Creek. At one time, the stream was channeled beneath a garage that stood between the road and the wetlands. Due to regular flooding of the narrow culvert, the foundation of the building was compromised. The Borough of Wind Gap demolished the garage for the bargain price of $10,000 and planned a small park for the site. 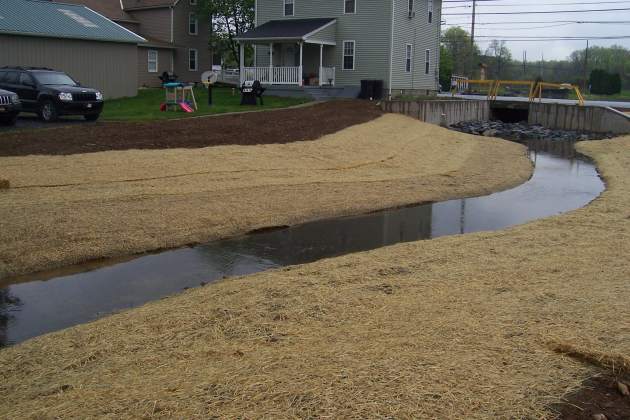 The foundation of the building was removed, revealing the suprisingly clean stream. The lot was regraded to restore a natural stream channel, and the soil was carefully replanted with native shrubs and grasses that would stabilize the banks. Thanks to a summer of mild weather and rain, the plants are flourishing. What was once the site of a garage is now a green pocket park! 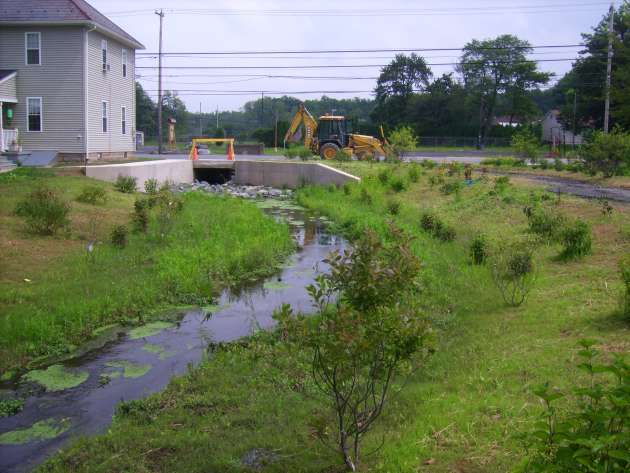 On the day Sherry and I visited, small trout darted in the water, and borough workers worked on a small path to link the road with the back portion of the park. A beautification committee is now forming to take care of regular weeding and other maintenance, but the native plantings should require minimum work. This is a great example of what towns and cities can do with former building sites, especially on a minimum budget. 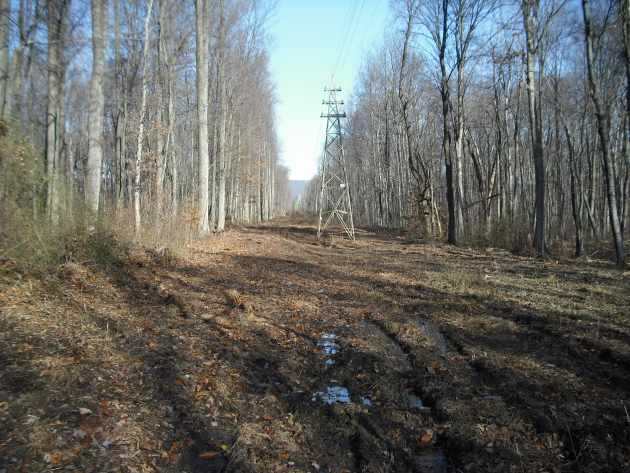 The second site we visited was on the northern end of Jacobsburg State Park, where the PPL Trail will eventually follow an electrical transmission corridor and former trolley bed towards Wind Gap. When we visited, township workers had recently completed a bridge across Sobers Run, a small creek that floods regularly and had actually put an upstream road bridge out of commission. 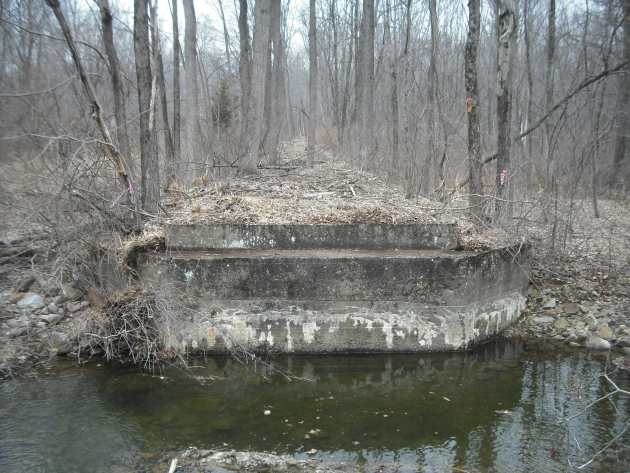 The bridge will provide access to the new section of trail, which should be constructed next year. As in the case of Wind Gap, Bushkill Township saved money by using recycled steel beams and standard lumber to construct this bridge for much less than even prefabricated spans. Despite the low price tag, you can tell from the photos that this small bridge could carry a tank and will withstand even the worst floods. While this will have to be a “bridge to nowhere” until the northern section of trail is complete, it might be worth stopping by to see the new bridge. 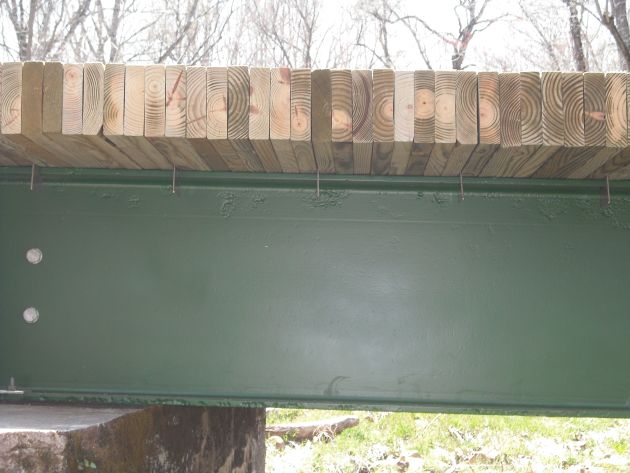 We probably could have spent a week traveling the region and checking in on all of LVGI’s past and future work, but I was more than impressed with the sample I saw. At a time when diminished state funding puts pressure on conservation efforts and partner municipalities alike, we need reminders of what we have gained from these initiatives — and what we stand to lose, if they should disappear. 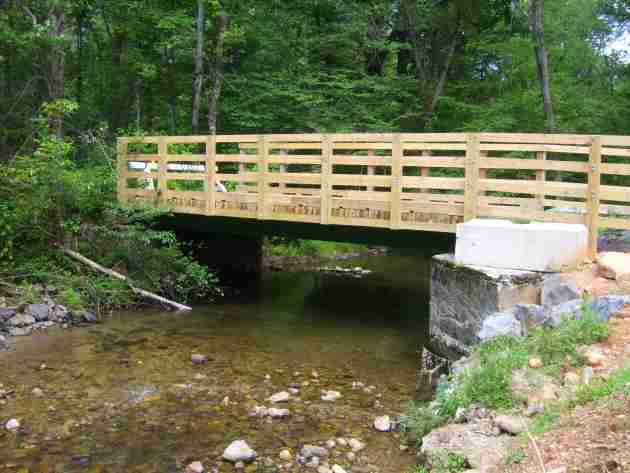