Last Wednesday a group of D&L staff members and local history buffs met with Deidre McCarthy of the National Park Service’s Cultural Resource Geographic Information System facility (CRGIS). As noted in an earlier blog entry, Deidre and her team have spent several months mapping the remains of the Lehigh Canal and adjacent industrial heritage. Between GPS data collection in the field and locations culled from high-resolution aerial photography, they have been able to enter hundreds of sites into a GIS that will allow the D&L and our partners to interpret and manage our historic resources. 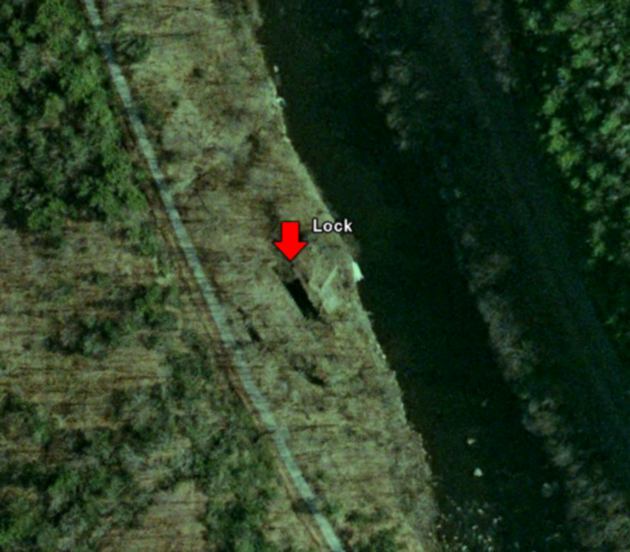 Last week we put our heads together to locate and identify a number of sites along the Upper Grand section of the canal, which once stretched from Jim Thorpe to White Haven. A number of previous studies have focused on the lower section of the canal, but the high locks, abandoned towns, pipelines, and railroad infrastructure of the relatively isolated Lehigh Gorge have escaped documentation.

After some brief comments about the importance of this and similar projects, Deidre projected her GIS onto a large white wall to display high-resolution aerial photography of the region. A few highlighted points indicated historic resources that she had already located from other sources, such as the National Register of Historic Places and the State Historic Preservation Office.

Jack Sterling and Tom Ogozolok, two men who have spent decades walking and climbing around the steep gorge and mining documents for local history, began pointing out abutments, retaining walls, and building foundations that did not show up in any of the print sources. David Fry, a ranger at Lehigh Gorge State Park, jumped in with bits of historical data and great photos to back it all up. As people took turns pointing to projected spots on the wall, Deidre zoomed in and marked the locations with a dot, recording information such as resource type, condition, and accuracy of identification in a master attribute table that includes every resource in the database. 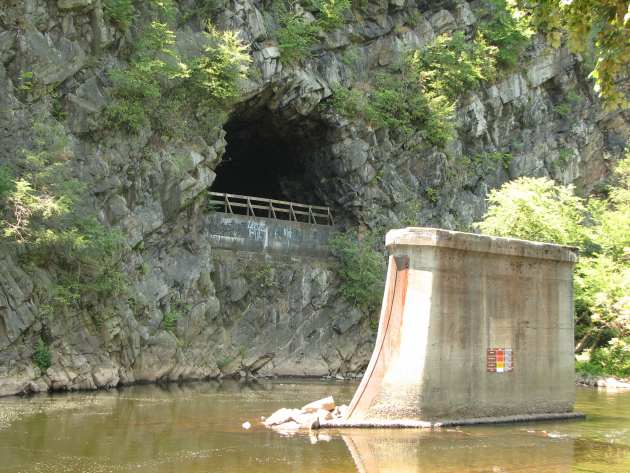 We spent almost an hour documenting remains in downtown Jim Thorpe, where the Switchback Gravity Railroad’s coal chutes, the canal and several rail yards and lines once converged. We slowly inched our way out of town and into Lehigh Gorge State Park. The further north we moved, the fewer structures there were to document. However, the stories that Tom, Jack, and Dave told became more and more interesting. 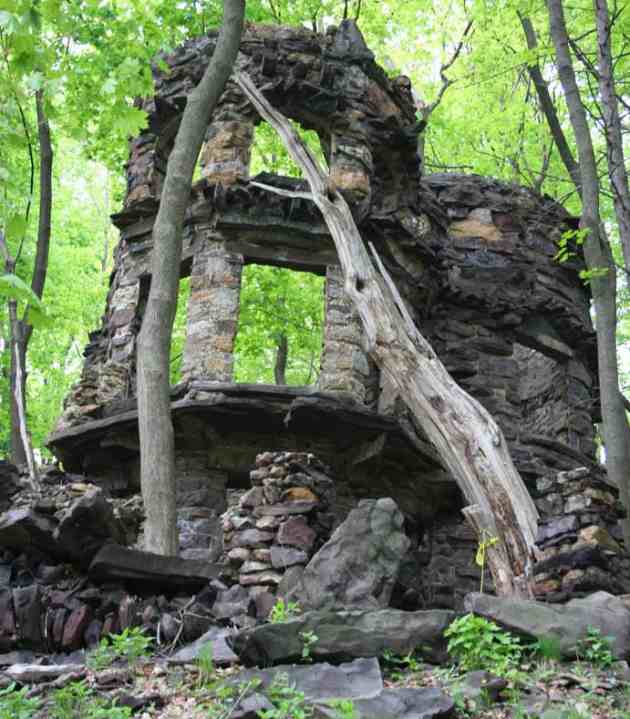 For example, we documented the spot where the nineteenth-century Tidewater oil pipeline crossed the Lehigh River on its way from Titusville, PA to Bayonne, NJ. We scanned the pixels searching for evidence of mysterious structures built into the sides of unnamed hollows. We marked the location where the 1888 Mud Run train disaster killed 64 and wounded over 100. We searched in vain for the site where the railroad once dumped steel trusses from New York City’s 3rd Avenue elevated line into the river, in an attempt to slow raging flood waters.

By the time we neared White Haven, six hours of wrangling over dam and lock locations and the paths of former carriage roads had passed, but the map projected on the wall was filled with dozens of additional dots representing now-documented historical sites. In a few weeks, CRGIS staff will head back into the gorge to physically document a few of the remains we could not make out from the aerials, but we definitely made their job a lot easier and freed them up to work in other parts of the Corridor.

We’ll keep you updated over the next few months as we finish the GIS, receive our hardware, software, and training, and start digging into all of this new data. If you have any questions regarding our efforts, please contact Elissa Thorne at 610-377-4063 or [email protected]