Throw a stone, and it will probably land in a community garden.  It seems like they are sprouting up everywhere — and for good reason.  Communities recognize that gardens are a great way to add a little green space to a neighborhood, supplement residents’ diets with fresh produce, allow neighbors to work side-by-side on meaningful projects, and lessen our dependence on driving to meet our food needs. 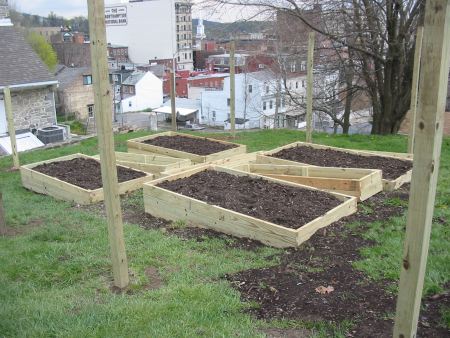 The concept of gardening on public or shared land is not new.  As early as 1649, English peasants, known as Diggers, began gardening on the King’s land, in response to the rapidly increasing price of food. Predictably, the trespassers were forcibly removed and some were lynched.

Fortunately, community gardening had a more peaceful start in the Americas. The garden in the historic Moravian settlement of Bethabara, Winston-Salem, North Carolina dates from 1759 and is generally credited as America’s first, but many of the earliest American settlements contained commonly held property reserved for the cultivation of basic food crops. Although collective efforts at gardening would continue in various forms, the majority of Americans (even those living on farms) tended to purchase a large portion of their food from increasingly distant locations. 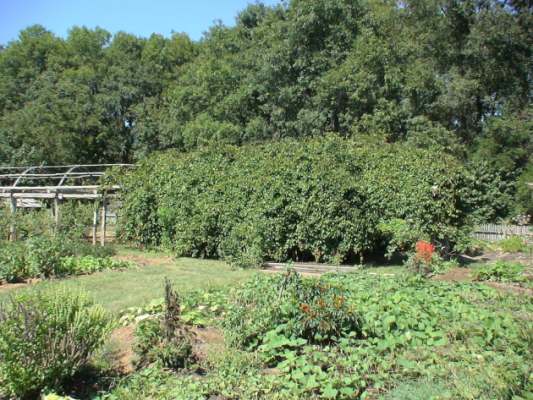 Community gardens as we know them really got their start during the Progressive Era, when middle-class reformers sought to introduce nature and healthy diets to impoverished city residents through the cultivation of city lots. For many, small garden plots constituted some of their only experiences with green space. The somewhat heavy-handed moral (and often nativist) rhetoric of the reformers ultimately made these gardens places of social homogenization rather than truly collective enterprises, yet they set a precedent for urban gardening with humanistic goals. 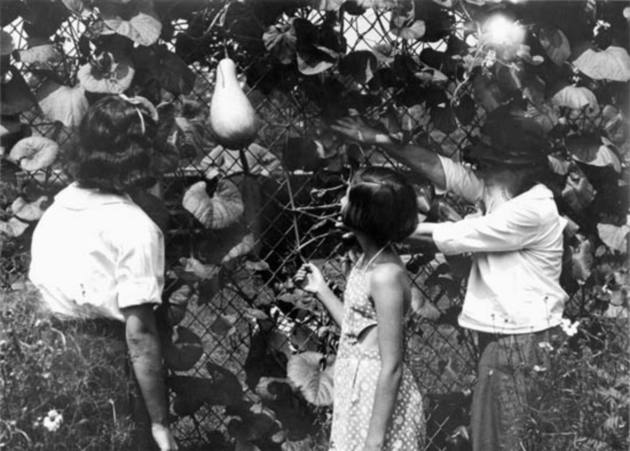 A far more widespread adoption of gardening occurred during the wartime rationing of the first half of the twentieth century. Much of the nation’s food supply was diverted to feeding members of the armed services, so the government encouraged families and communities to maintain “victory gardens” that would supplement reduced diets with “liberty cabbage” and other fresh vegetables. In the last year of the war, Americans planted some 20 million “victory gardens,” which produced upwards of 45% of all fresh produce. Boston’s Fenway Victory Gardens is apparently one of the last remaining active gardens of this type, with 450 plots. 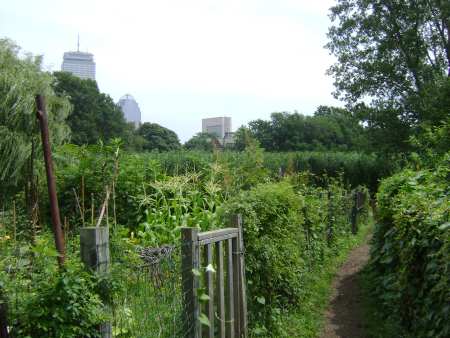 In the 1960s, community gardens took on a different political symbolism, as they were adopted by alternative subcultures that associated gardening with the primitive yet wholesome agricultural work that was fundamental to the back-to-nature ethic. Rather than a means of connecting communities, they symbolized the possibility of isolation from global food markets and their unpalatable capitalistic underpinnings. Still, the grassroots nature of these efforts would characterize most successful gardening initiatives in the future.

As the environmental movement gained momentum and a more diverse constituency, it grew to encompass urban issues as well. This development, along with increasingly sophisticated analyses of the root causes of poverty and inequality, led the federal government and local municipalities to increase funding for gardening initiatives, especially in urban settings. As a result, a number of large cities developed their own initiatives. In Chicago, two planning conferences during the late 1970s led to the founding of the American Community Gardening Association (ACGA), which today is the leading advocacy group for community garden programs nationwide.

With funding and technical assistance available, citizen groups sensed a mandate to create community gardens throughout their neighborhoods. According to ACGA, there are more than 18,000 initiatives across the nation, which is probably a gross underestimate that leaves out the wide variety of less formal gardening projects. Either way, the community gardens phenomenon does not appear to be a flash in the pan. It has been a hundred years in the making and continues to grow in popularity. 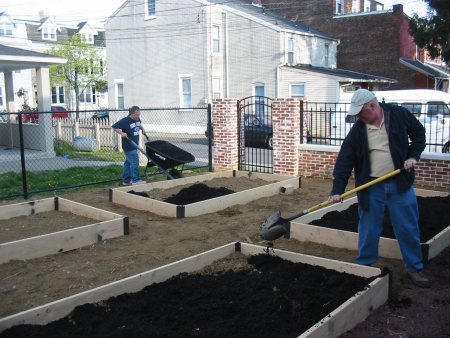 Along with New York and California, Pennsylvania is one of the leaders in community gardens. In the Lehigh Valley, their popularity has especially flourished in the last few years. Lehigh and Northampton counties now boast at least 23 gardens, mainly clustered in Allentown, Bethlehem, and Easton. During the last year, the recently-formed Sustainable Urban Neighborhoods of the Lehigh Valley (SUNLV) developed a number of gardens across the valley, and their website provides information on many additional projects. South Side Community Gardens, an organization spearheaded by Lehigh University’s South Side Initiative, has also initiated public discussions regarding a series of new gardens planned for sites along Bethlehem’s greenway. Dr. John Pettegrew, at the head of initiative, has even spoken of these new gardens as a first step towards a regional local farming project. 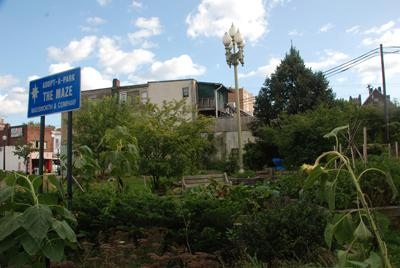 Without a doubt, community gardens are more popular than ever. Whether or not the rapid proliferation of gardens will withstand the test of time, sporadic funding, and fickle community interest is another question. I hope these gardens prove enduring, but that cannot happen without support. Those able to volunteer are encouraged to participate in any of the worthwhile projects noted above or to consider a garden in your neighborhood. Who couldn’t use some more green space, healthy time outdoors, and yummy locally grown food?