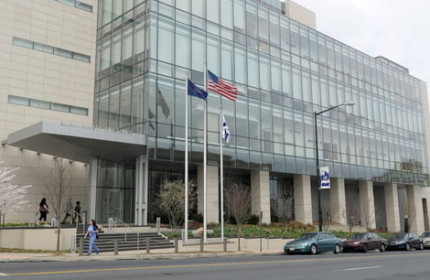 Designed as part of a government center next to Allentown City Hall, the newly-constructed eight story courthouse was dedicated at Fifth and Hamilton Streets in June 1965. In a further expansion over thirty years later, County Administrative offices moved to a new building at 17 South 7th Street in 1997, allowing the Court of Common Pleas to occupy offices formerly used by the administration.