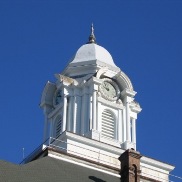 When settlers first arrived and established homesteads along the west side of Black Creek, they noticed abundant white pine, hemlock, white and red oak, beech and sugar maple trees. Two sawmills opened in Weatherly in 1825 to process wood used for everything from railroad ties, to fuel for locomotives, to barges for the Lehigh Canal.

The Beaver Meadows Railroad, formed to carry anthracite, opened their work and repair shops in Weatherly in the winter of 1839-40 because engines couldn’t negotiate the difficult terrain and planes to reach nearby Beaver Meadows. The facilities consisted of a machine shop that built and maintained the engines, as well as a pattern shop.

Founded in 1854, Eckley is an example of a planned nineteenth century coal mining town. It is a community, or coal “patch town,” which provided mining families with the basic necessities such as housing and medical care, as well as basic... More