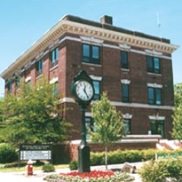 An expansive town park, a community pool, a growing library, and Residence Park (the region’s most beautiful turn-of the-century neighborhood) continue to make Palmerton an outstanding example of everything a small town should be. Merchants still sell hardware, sporting goods, jewelry, groceries and clothing along Palmerton’s wide main street. Numerous annual events take place in Palmerton. They include a Rolling Cruise in June, Sidewalk Sales in August and a Community Festival in September. The Palmerton Area Historical Society has well-organized, extensive archives of local photos and artifacts at the Borough Hall and the Heritage Center on Delaware Avenue.

To understand Palmerton’s past and why it exists today, think zinc. This town was founded in 1898 largely because of its closeness to anthracite, the Lehigh Canal and the railroads. Zinc mines were in Franklin, New Jersey as well.

In the late 19th century, the New Jersey Zinc Co. consolidated regional operations here. In 1917, the world’s largest zinc research and technology center opened. Palmerton became a “company town,” a model community with well-planned and plentiful housing, educational and cultural opportunities, and good medical care for the residents who enjoyed the many benefits derived from New Jersey Zinc’s social policies.

The Heritage Center serves as a museum that showcases the Historical Society’s Collections, and it's used as a resource for educating about the area’s rich history.  It also serves as a visitor’s center, with suggestions about things to do and... More