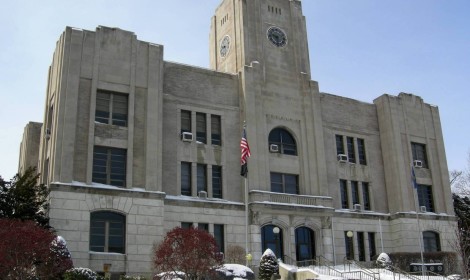 Located on one of only two pockets of anthracite coal in the world, Hazleton got its start when Asa Packer started mining and canal operations in the 1830s.

The city was incorporated as a borough by two acts of the state legislature. The first act won approval April 31, 1851, and a supplemental act was authorized April 22, 1856. The borough’s population grew steadily until the 1880s. Then, waves of eastern European immigrants poured in to take jobs created by the booming coal industry. On December 4, 1891, Hazleton was chartered as a city. Years later, the Duplan Silk Mill employed 2,000-plus area residents at its largest facility in Hazleton.

Located in the foothills of the Poconos, the area offers year round recreation as a vacation destination. Eckley Miners Village, the Lattimer Massacre, and the Stockton Mine Disaster are just a few of the historical sites in the area.

The museum, located in an historical former fire station, features large displays of local history and memorabilia. Exhibits include anthracite mining, Pennsylvania Indian artifacts, a large collection of historic photographs and a research library with a genealogy department. Phone: (570) 455-8576 ... More

The Art League features educational programs, exhibits and displays of local and other artists throughout the year. 225 East Broad Street, Hazleton, PA 18201 Website

Built in 1912, the present site was the location of the Old Church Street Cemetary which had to be moved in order for City Hall to be constructed. The original Neoclassical Revival structure built in 1911, was radically remodeled in... More