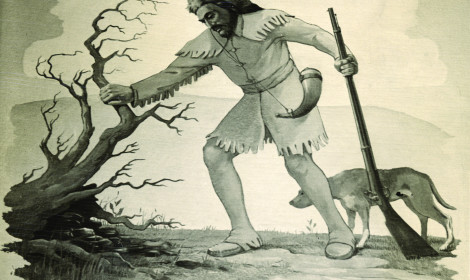 The story of coal literally began in Summit Hill when, in 1791, Philip Ginder discovered a black rock that turned out to be stone coal, or anthracite. A memorial to Ginder is located here in Ludlow Park to honor the man who received a small tract of land as compensation for his discovery.

In 1859 a burning, underground mine was discovered at the west end of Summit Hill. Despite the community’s best efforts to extinguish the blaze, it smoldered until 1941. The mine eventually became a tourist attraction as visitors would get off the Switchback Railroad to view surface cracks that emitted steam, smoke, and occasionally flames. Patches of grass stayed green in winter due to the warmth from below.